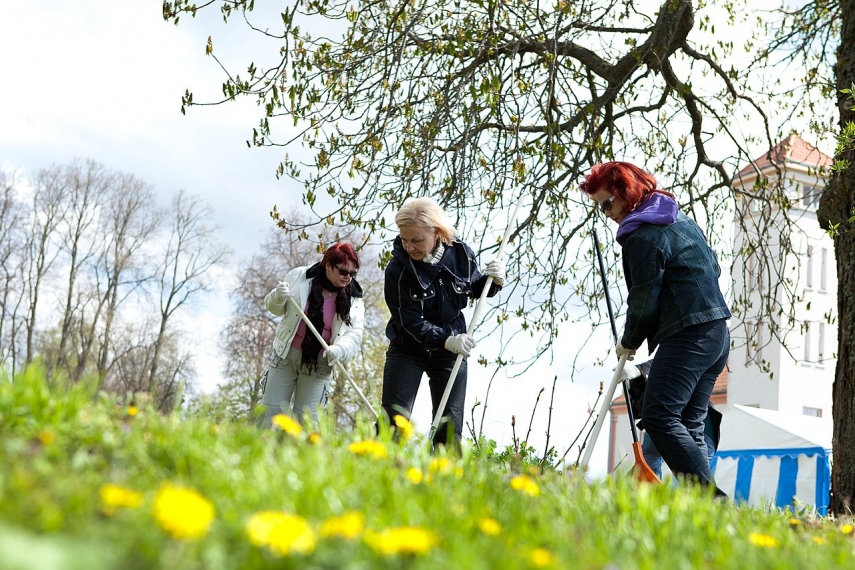 Over 1,400 locations have been registered for the 11th annual nationwide Big Cleanup Day, which will take place from 9 a.m. to 3:00 p.m. all throughout the country.

However, the actual number of clean-up sites is likely substantially larger, as many in Latvia intend to cleanup ''unofficial'' location that have not been officially registered.

In the event's official web-site Talkas.lv, a majority of the locations are located in and around Latvia's larger towns and cities.

The web-site is accessible in the Latvian, Russian, and English languages.

The first nationwide cleanup took place on September 13, 2008, and was residents' gift to Latvia on the country's 90th anniversary.

The aim of Big Cleanup Day is to make Latvia the cleanest and most pleasant place in the world by 2018, when the country will celebrate the 100th anniversary of its independence.