Three Seas Initiative must promote the attraction of investments - Rinkevics 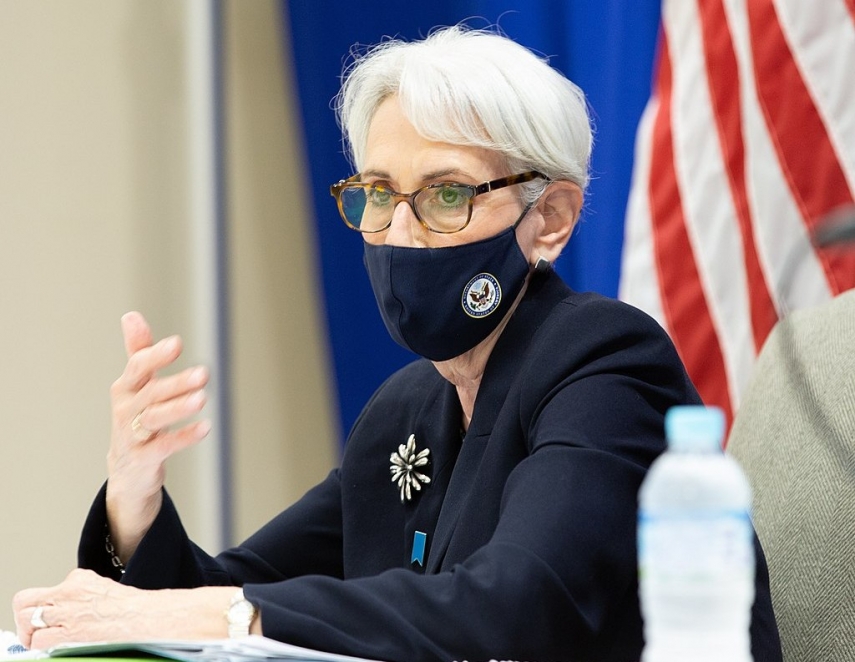 RIGA - On Monday, Latvian Foreign Minister Edgars Rinkevics met with the United States Deputy Secretary of State, Wendy Sherman, for a discussion on bilateral relations, the Three Seas Initiative (TSI), the transatlantic link, cooperation in NATO, and recent developments in international relations, LETA was informed by the Foreign Ministry.

During the meeting, Rinkevics said he was pleased about the political dialogue between Latvia and the U.S., which can be characterized as very good and intensive. At present, the Minister noted, we are preparing for the meeting of NATO Ministers of Foreign Affairs, as part of which we intend to arrange a bilateral visit by the U.S. Secretary of State, Antony Blinken.

The Foreign Minister and the Deputy Secretary of State then discussed the Three Seas Initiative. Rinkevics said he was confident that the TSI was a platform of geopolitical importance expected to facilitate the attraction of investments towards a sustainable, reliable and inclusive connectivity of the region. Thus, the initiative has a strategic role in making the region stronger, more united and competitive, while reducing inequality and strengthening resilience to global challenges.

The Minister expressed his conviction that the presence of the United States in the Baltic region was an indispensable element of deterrence and defense, also in a broader European context. Therefore, a stronger and more significant U.S. presence should be needed in Latvia. It is possible to achieve that through participation in exercises and defense planning activities.

The officials also discussed security policy topics. Rinkevics asserted that concrete steps were important for NATO’s further adaptation in both political and military terms. U.S. leadership and support have a decisive role to play in that respect. The modernization of force structure and increasing the readiness of NATO forces are vital for the strengthening NATO’s collective defense and deterrence capabilities, including in the Baltic region. The development of NATO Strategic Concept is one of the key tasks to be accomplished before the Madrid Summit. The Minister voiced hope that the meeting of NATO Ministers of Foreign Affairs in Riga would contribute substantially towards that.

In a discussion on the state of affairs in Belarus, the Foreign Minister noted that Alexander Lukashenko has consolidated his power with support from Russia. At the border with Belarus, we are facing a hybrid attack orchestrated by the Lukashenko regime with the aim of destabilizing the situation in the European Union’s Member States, said Rinkevics. He added that the regime was organizing and facilitating the flow of third country nationals towards the EU border, which, given the weather conditions expected of the season deliberately exposes those people to danger. Belarusian authorities must assume full responsibility of what is going on and stop the unacceptable practice of instrumentalizing vulnerable people for political goals. At the same time, sanctions and support for civil society must continue. At present, the EU is working on the fifth round of restrictive measures. EU Member States are considering the sanctioning of Belavia and other Belarusian state-owned companies and agencies and public officials involved in the operation at the EU’s external border, Rinkevics underlined.