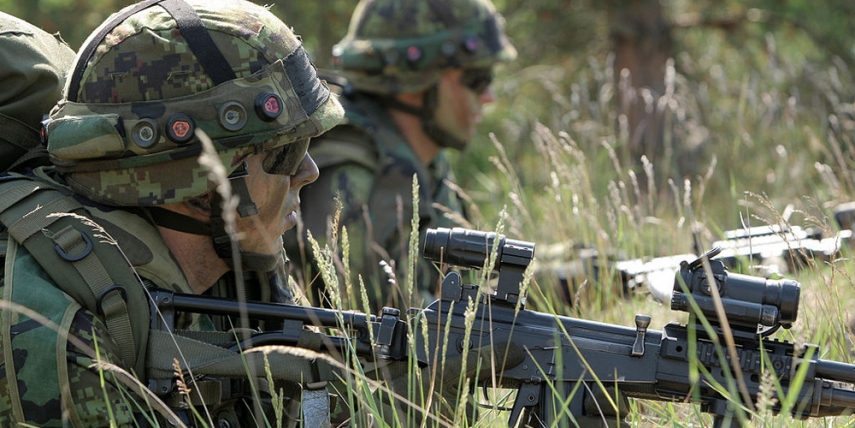 TALLINN - In the aftermath of the Ukraine conflict, the Baltic States’ orders for new defense equipment have doubled and will double again within the next two years, according to an analysis publicised by IHS Markit on Thursday.

Latvia and Lithuania have had the two fastest-growing defense budgets in the world since 2014, IHS Jane's analysis shows. This steady increase will be maintained until 2018.

"The increase in defense spending in the Baltics is largely linked to the growing confrontation between Russia and the West, often described as the 'new Cold War,'" explained Alex Kokcharov, principal analyst at IHS Country Risk. "We have seen political confrontation between Russia and the West in the past two and a half years escalate to military assertiveness and we don't see this ending anytime soon."

"Military exercises carried out by Russia and NATO have increased in frequency, as have various aviation and marine incidents in the Baltic and Black Seas," Kokcharov said. "Russia very much views these areas as its immediate frontier."

The analyst also commented that "while we do not expect Russia to become involved in a conventional interstate war with the West, including NATO member states, it is likely that the confrontation will continue for a number of years. This confrontation will likely include elements of military intimidation, making immediate Russian neighbours concerned."

The 28.6 per cent defense budget boost for 2015, the largest since 2002, is expected to represent the zenith of Russian defense expenditure for the foreseeable future, according to the IHS Jane's report.

The 2016 budget included the first shrinkage in Russian defense expenditure seen since the late 1990s. With further growth required in order to fund the full extent of the 21-trillion-ruble investment planned for the 2011-2020 State Armament Programme, it seems possible that some of the modernisation goals will need to be deferred into the new 2016-2025 programme, expected to be formalised this year.

Russia has a considerable backlog with China over the next decade, which principally concerns SU-35 deliveries. However, this belies the trend of exports from Russia to China in coming years. Russian exports to China, once a large market for Russia, are slumping as China has developed parallel industrial capabilities.

"Russia is well positioned in high growth markets such as Vietnam, Indonesia, and India," Moores said. "However, it faces increasingly competition in all three from North American and European companies and will have to adopt new strategies to retain market share."