There's no threat to Belarus from West – Lithuanian defmin 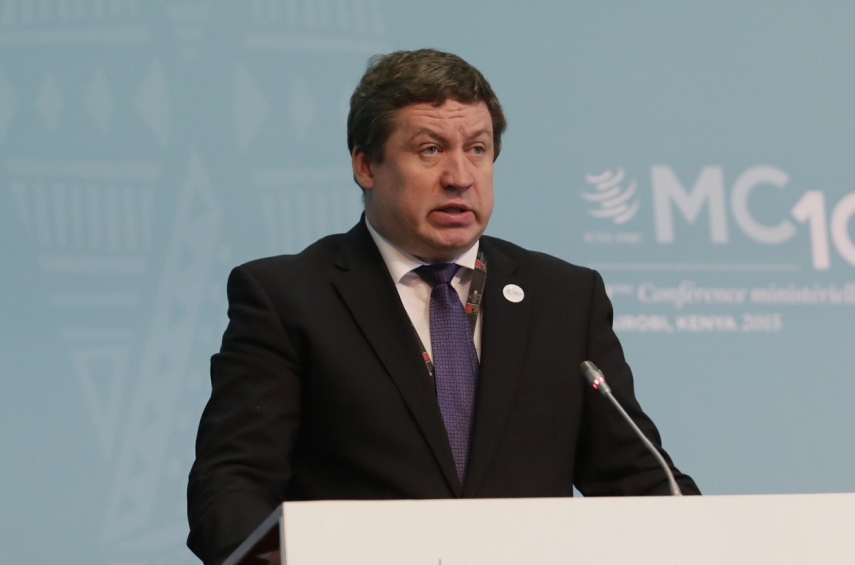 VILNIUS – As Belarus voices plans to take countermeasures in response to the deployment of US troops in Lithuania, Lithuanian Minister of National Defense Raimundas Karoblis says there's no threat to Belarus from the West.

The minister underlined on Wednesday that "Lithuania is directly interested in the preservation of Belarus' independence and territorial integrity, as well as the development of economic cooperation".

"Therefore, I can assure that at least from the Western side, there's no military or any other threat to Belarus's sovereignty. The battalion-size army unit, to be deployed in Lithuania until spring, cannot pose any threat to Belarus' security, therefore, we really hope Belarus' reaction will be adequate," Karoblis said.

The minister said that the rotation of NATO forces, including those of the United States, is usual practice, especially after 2014.

"Such rotations took place earlier and there will be more of them in the future. We believe it's an importance deterrence factor, increasing security in our region," the minister said.

In his words, Lithuania's Ministry of National Defense and the United States published information on the incoming battalion in advance, including the time, weaponry and equipment and the deployment duration.

"We plan to follow this policy of openness in the future as well. And we expect the same from our neighbors," Karoblis said.

The minister also underlined that the intensity of NATO military exercises to bolster the Baltic region's defense has risen over the past few years. According to the minister, the Belarusian side is well aware of the reasons why it is being done and they are not related to Belarus and are not aimed at the country.

Information on Defender 2020, a large-scale military exercise in the Baltic Sea region to be held next spring, has already been published and more of it will be published as the date of the military exercise will approach. To ensure openness and build confidence, Lithuania invites monitors from all neighboring countries, including Belarus and Russia, to its largest military exercises.

"We hope that the Belarusian side will use this opportunity next year," Karoblis said in a comment sent to BNS Lithuania by his spokeswoman.

A regularly-rotated company of around 200 US troops was deployed in Lithuania in 2014-2017, and now an American battalion of around 500 troops is being deployed in the country for six months.

Belarusian President Alexander Lukashenko has ordered the country's Security Council and the Defense Ministry to draft a plan on how to respond to the deployment of the American battalion in Lithuania, State Secretary of the Belarusian Security Council Stanislav Zas said on Tuesday.

The heavy equipment of the American battalion was brought to Lithuania on Monday. It included eight Abrams tanks and Bradley IFVs, Major Gintautas Ciunis, spokesman of the Lithuanian army, said.

Another several dozen tanks would be brought in over the upcoming few weeks. Around 500 US land force troops will train in Lithuanian until spring.