There's no agreement on all ministerial candidates, Lithuanian president says 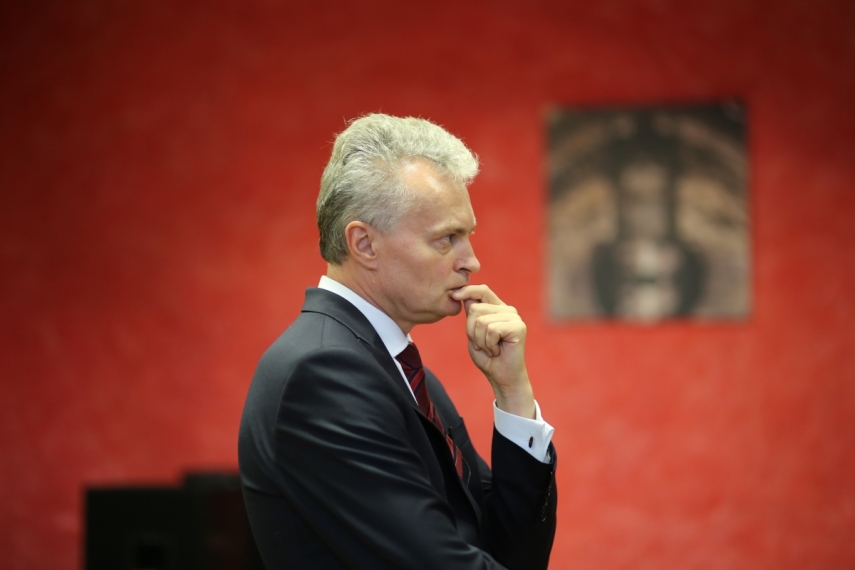 VILNIUS – There's no agreement on all ministerial candidates yet but time is ticking, Lithuanian President Gitanas Nauseda says.

"There's no agreement on all ministers but if all sides find good will and see a clear goal of what we want with the formation of this government, then it’s possible to find solutions," Nauseda told journalists in Ariogala, central Lithuania, on Saturday.

"There's no solution on certain people, a small number of them, but I think we will find it soon since, well, time is ticking," the head of state said.

The president could not say if one ministerial candidate and several existing minister he met last week would be appointed to the new government.

After the previous Skvernelis government returned its powers to the newly elected president, Nauseda re-appointed Skvernelis as prime minister on Jul 24.

Since then, the prime minister has 15 days to form a new Cabinet and present it to the president.

The new coalition agreement has been signed by the ruling Lithuanian Farmers and Greens Union, the Social Democratic Labor Party of Lithuania, the Order and Justice party and the Electoral Action of Poles in Lithuania – Christian Families Alliance, and the parties plan to replace three ministers, including those of interior, transport and agriculture.

It already been said in public that EAPL-CFA representatives Jaroslav Narkevic, Vladislav Kondratovic and SDLP representative Andrius Palionis are proposed for these positions.

Despite his pre-election pledge to resign if he lost the president election, Skvernelis started forming a new government, calling his previous statements "emotional".

The country's leaders are now also looking into the legal details of the process as the if at least two ministers are replaced, the new government will have to test confidence in it in the parliament.