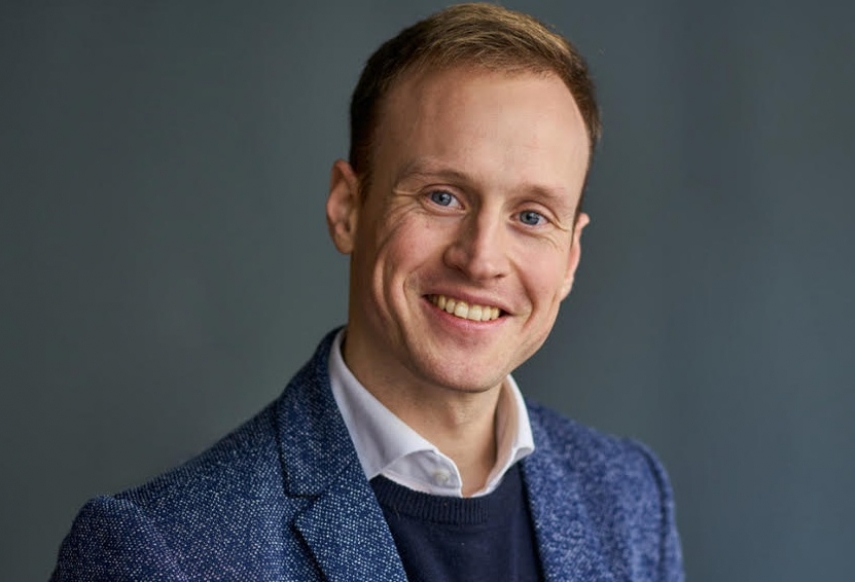 Ziticity, a start-up that was founded  in Lithuania and is developing   its services with the help of Estonian investors, promises to compete with large courier companies like Omniva as well as  food carriers like   Wolt and Bolt and to  bring about  a revolution in the market of  courier services, which will be similar to the one that  took place in taxi transport  when car-sharing service providers entered the market.

According to Ziticity CEO Laimonas Noreika, there is still a lot of room for improvement in the sphere of delivery of goods as far as Estonian e-shops. “Estonian customers are used to having to wait for delivery for several days even when they order goods from an e-shop in the same city, they have. It often takes up to a week to receive a message from a parcel machine. In larger markets, such as France or the US, such a long wait is out of the question: customers are used to receiving goods at their home address on the same day or even within an hour," Noreika said.

Ziticity offers a door-to-door courier service for e-shops and restaurants.  Last mile delivery is a service which has proven to be very popular in other parts of the world, aiming to speed up the delivery of goods from the warehouse to the customer's home thereby reducing the seller's logistics costs. Ziticity is the first provider of such a service on the Estonian market, whose average door-to-door order delivery time in Tallinn is 37 minutes.

"Restaurant owners have to pay a huge commission of 24-28 percent of the order price to major food carriers such as Wolt or Bolt, which is why the restaurant is not really able to make  profit from the food ordered for home delivery. Alternatively, some restaurants have developed their own online ordering platform, but it is also very expensive for a small business to develop and maintain such an IT system. This is where Ziticity offers a solution: we give restaurant owners an off-the-shelf platform which  is very easy to integrate and use and is many times cheaper than the service of large food carriers or the development of one's own IT system. Another option is to integrate the Ziticity digital solution to the restaurant's website, which is better in caseit normally takes many orders,” Noreika explained.

While the main problem in the market of ordering food from restaurants is the high price, the main issue   with e-shops is slow service. According to Noreika, the Estonian customer has essentially two choices, either to find time to go to an   offline  store and receive the goods immediately, or to order products conveniently  to their home address via the e-store but accept the waiting. “The network of parcel machines, which has seen massive development in Estonia over several years, has made ordering from e-shops more convenient than before, but it still takes a very long time to receive the parcel. I see no reason why Estonian customers should not use a significantly faster door-to-door courier service, which has become a market standard in many other European countries. Such a service gives an advantage to local e-shops, which are in fierce competition with such international giants as Amazon or AliExpress.”

Noreika listed, for example, well-known branded goods, technical products, home furnishings as well as clothing, footwear, toys and food, i.e., all goods that can be ordered from an  e-shop: customers  receive the ordered goods immediately and save time visiting the store or waiting for the package.

The price of Ziticity door-to-door parcel delivery for the customer ordering from an e-store starts from 1.99 euros + VAT, which is in the same order of magnitude as the parcel machine price. The Ziticity service is integrated with the e-store; for example, Tele2, Douglas, Membershop, Telia and Euroapteek already use the Ziticity service in Estonia.

The on-demand service offered to restaurants, flower shops, etc. costs 3.99 euros + VAT per order, whereas the order price is the same all over the city. To order food through Ziticity, the customer must go to the restaurant's website and choose home delivery by courier. In Estonia, the service is offered by, for example, restaurants Chakra and SushiShop as well as cafes like Tassikoogid, flower shops like Kolm Lille, and the fine drink factory Nudist.

It is very easy for businesses to get started with Ziticity without the need for a contract or complicated IT integration. The price of the service is transparent and must be paid according to the number of services used. Both the seller and the customer can monitor the movement of the parcel in real time. The average Ziticity delivery time in Tallinn is 37 minutes.

Ziticity is a courier company founded in 2017 in Lithuania and based on the idea of a sharing economy. It also has an office in Tallinn. The aim of the start-up company is to offer competition to large courier companies such as Omniva, DPD and others and to provide restaurants with cheaper food transport than Wolt and Bolt. Last year, Ziticity raised 315,000 euros from Estonian, Lithuanian and Finnish investors and the investment fund Superangel.