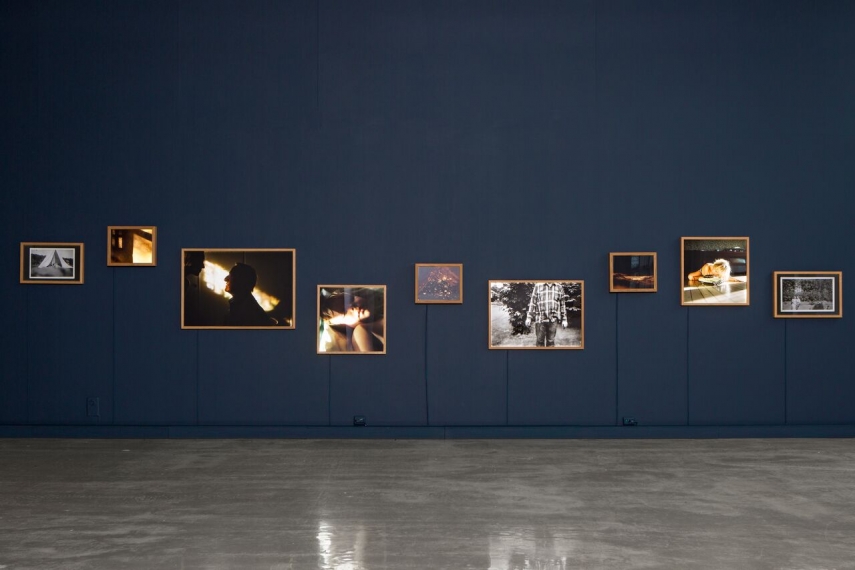 The closing event of the Riga Photography Biennial 2018 will launch on November 9 at 17:00 at Liepāja Museum, Kūrmājas prospekts 16. It is the solo exhibition They Crept into Their Father’s Sleep by Norwegian artist Marie Sjøvold. The exhibition has been organised by the Riga Photography Biennial 2018 in collaboration with Liepāja Museum and will be open until December 2.

With this exhibition, Sjøvold endeavours to create a space for reflecting on traumas, memories and dreams that often endure from one generation to the next. She asks whether and how the experience of previous generations affects us today and if we are aware of this influence. The exhibition consists of an installation of photographs taken between 1945 and 2016 in and around the house where the artist’s grandfather lived after returning from the Second World War. Later it became Sjøvold’s father’s house, and now it is home to Sjøvold and her own family. The installation also includes three video tableaux filmed at Auschwitz-Birkenau that stylistically resemble the way the artist has photographed her own home, namely, as if seen by her grandfather. If we consider emotions, experience and suffering, as well as the historical background of 1945, when these photos were taken, in the context of our current time when we live with these inherited memories – either in our waking life or in sleep, fully aware or oblivious to them – these works reveal much more about seemingly everyday situations where playfully cheerful elements mix with solemnly harsh elements.

In the context of this exhibition, the artist also wishes to highlight some of the current problems we encounter not only on the news but often as direct experience. For example, how to welcome people seeking refuge in Europe and how to promote compassion towards those who have lost their homes and experienced persecution, just like our own forebears did in the not so distant past.

Marie Sjøvold (1982) is a Norwegian artist who works with photography, video and photo books. In her photographic work she tells universal stories often based on experiences from her own life and her own family, but she always plays with the boundaries between reality and fiction. Sjøvold takes an intimate and playful approach to existentially serious themes. Her books and exhibitions consist of both staged photographs and photographic documents. She works consciously across photographic genres in order to ask questions about our perception of reality and the strength of photography as a witness of truth. Sjøvold has published two photo books with Journal Forlag and released four self-published photo books. She has exhibited at numerous venues around the world, including Deichtorhallen in Hamburg, Fondation Calouste Gulbenkian in Paris, Fotografisk Center in Copenhagen and the Nobel Peace Center in Oslo. In 2012 she was awarded the European Photo Exhibition Award.