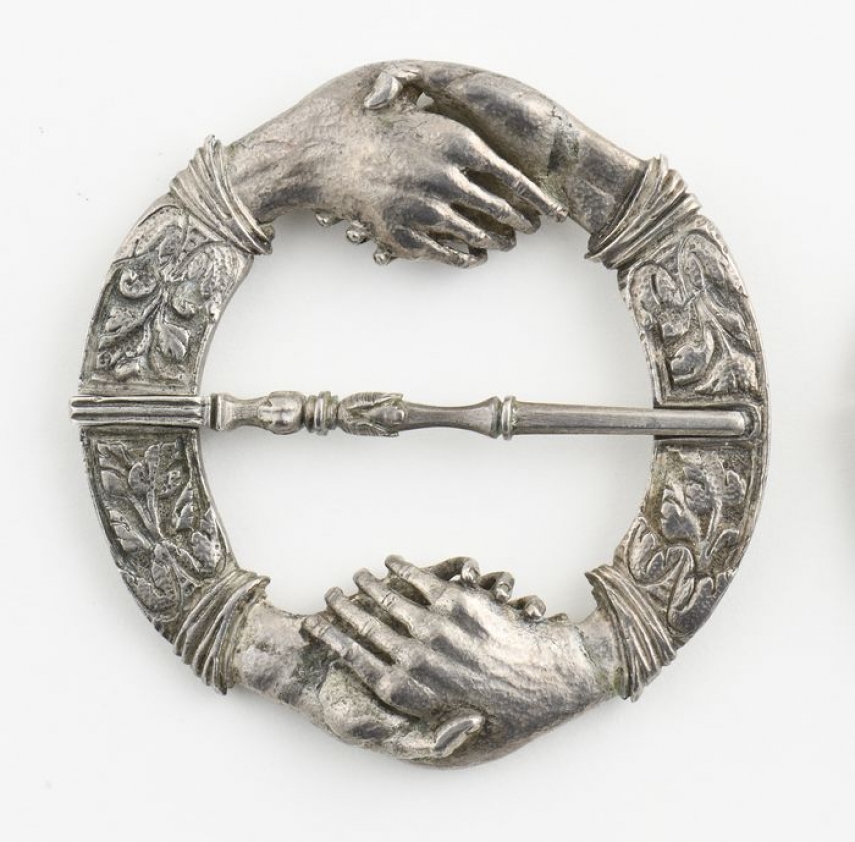 TALLINN - On Thursday, 18 October at 6 pm, the Niguliste Museum opens the exhibition The Power of Things. The exhibition focuses on a number of works in the Niguliste Museum from the Late Medieval and Early Modern Periods, among them the great painting Danse Macabre by the Lübeck master Bernt Notke and the altarpiece of the Virgin Mary, created for the Great Guild and the Brotherhood of the Black Heads by the Master of the Legend of Saint Lucy from Bruges. By placing artworks side by side with items from the collections of the Tallinn City Museum and the Estonian History Museum, a meaningful dialogue develops between the world of the painted and the world of the material objects.

Material possessions played a significant role in both the life and death of the mediaeval man. Despite most altarpieces, that is altar decorations, either painted or carved of wood, having been created for the honour and glory of God, the depiction of expensive objects also enabled people to gain prestige in their communities and thereby reinforce relationships and authority. Things have always been characterised by their use value and exchange value, which is obvious in the multiple luxury items frequently depicted in altarpieces.

Therefore, the highlights of the exhibition are various creations by goldsmiths, such as gilded silver brooches and ornamental engagement pins: masterpieces of goldsmithery from the Tallinn City Museum. The importance of Tallinn as a flourishing city is expressed by the large-scale tapestry with plant motifs from the same museum. Special attention is paid to the merchants who dealt in luxury goods, and who are represented in the exhibition by the 13th-century merchant’s trunk from the collection of the Estonian History Museum. An explanation is also provided for the Danse Macabre and the set of objects depicted on the altarpiece of the Virgin Mary, which include expensive brocade, ceramics, rugs, tapestries, items made by goldsmiths and various insignia and symbols of power. The theme of power is the leitmotif of the exhibition, arising time and again in connection with various works.

In the thematic talks connected to the exhibition, lectures in English will be conducted by Professor Barbara Welzel, PhD, TU Dortmund University (on 19 October 2018) and the postdoctoral researcher Dr. Francisco Martinez, University of Helsinki (on 21 November 2018), who will be discussing the power and powerlessness of things in the art of the Hanseatic region and in the context of museums.