The Industry of Fear 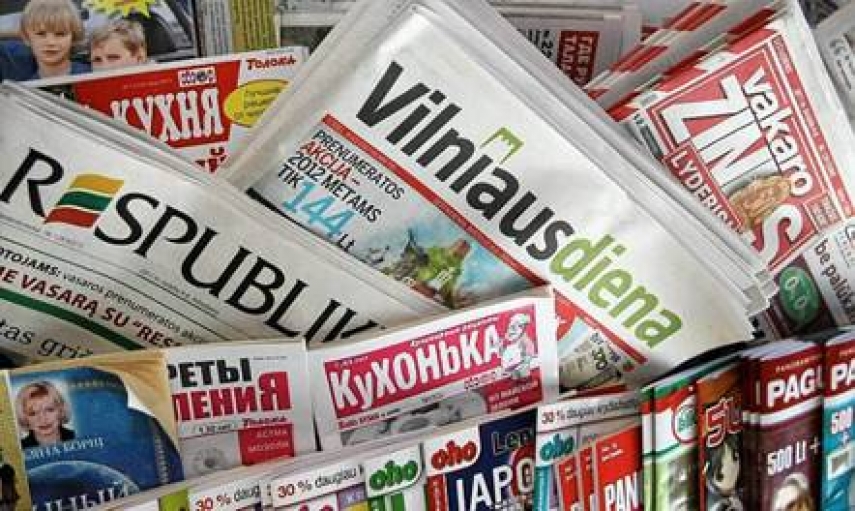 Let’s imagine Lithuania has a stock exchange where different types of journalist can be bought and sold.

If we were to look at the shares of pessimistic commentators and analysts over the last year or so, their market value would unquestionably be flying high.

Optimistic commentators, on the other hand, would be trading at such junk value that even the most optimistic trader wouldn’t see much hope in them.

Profundity and wisdom are to be found in pessimism and apocalyptic prophecies, it appears.

Mournful articles on the hopelessness of Greece, the unstoppable deluge of refugees, or the frailty of Lithuania’s security, are hailed as prescient and thoughtful.

The public has granted pessimists the status of ‘well-informed optimists’, and consequently scaremongering stories are generating more page views as people yearn for wise perspectives on “what’s really going on.”

Lithuania’s shamelessly opportunistic, advertising revenue-driven editors have seized upon this, commissioning an ever greater amount of scare stories for an ever more jittery readership.

The entire mainstream of our media, it seems, has given in to this tendency. News outlets have clubbed together to become an industry of fear, spewing out a smog of gloomy stories. These are presumed to be linked with questions of responsibility and seriousness.

Repeating a thousand times a day, however, that the West is Weak and Vladimir Putin is Strong — or that the EU is About to Collapse Due To The Bankruptcy of Greece — or that Ukraine’s Downfall is Nigh — exposes a lack of imagination among Lithuania’s commentators and political analysts.

It reveals little except the commentator’s own weak thinking and low self esteem, especially when it comes to writing off West’s ability to defend its liberal values and democratic politics.

Although some of these articles are occasionally insightful and well-reasoned, most are hysterical and defeatist at best.

Even some of the most renowned political commentators sin at this point. Yet that’s the name of the game: good news is no news. The industry of fear and the cult of bad news make us believe that we should be trained to panic if we want to become respected commentators.

Not only does it distort reality; it paves the way for scaremongering and defeatism – things that do not help us find a way out of present political tensions, economic predicaments, and moral dilemmas.

This phenomenon seems deeply embedded in what Pascal Bruckner termed the fanaticism of the apocalypse. Any self respecting society should avoid this at all costs.

In truth, the roots of this anti-optimistic prejudice lie far deeper. The real problem is that we live in a media world without the appearance of alternatives.

It’s a world that propounds a single reality and a world that labels as lunatics – or eccentrics in the best case – all those who believe that everything has an alternative, including even the very best models of governance and the most profound ideas (not to mention business and engineering projects).

The world has probably never been so inundated with fatalistic and deterministic beliefs as it is today; alongside serious analyses, as if from a horn of plenty, flow prophesies and projections of looming crises, dangers, downward spirals, and the end of the world.

In this widespread atmosphere of fear and fatalism, the conviction arises that there is no alternative to contemporary political logic, to the tyranny of economy,  to attitudes toward science and technology, or to the relationship between nature and humanity.

Not by any stretch is optimism the foolish exultation that we are here in this place and that our surroundings are warm, fuzzy, and comfortable; rather, it is the belief that evil is transitory and does not vanquish humaneness (or only briefly when it does).

Furthermore, optimism means a belief that hope and alternatives do indeed always exist. The conviction that a pessimist is an all-round loftier and nobler being than an optimist is not simply a relic of the modern, Romantic sensibility and worldview – it is something greater.

Meanwhile, we live in an era of fear, negativity, and bad news. There is no market for good news because no one is interested in it.

A pessimist would say that is not going to change. An optimist might say that it might.

Whatever the case, it should not be forgotten that optimism flows not from naivety or shallowness of thought but from great wisdom and experience; it is the faith that the world is always something incomparably greater than me and my surroundings, and is similar to me.

And if so, the mere fact of my being in the world and the possibility for thought and doubt is a gift deserving gratitude and appreciation, because everything could be – or could have been – far worse.

Our failure to realise this will have profound effects on our political resilience in the face of external threats. The ongoing ‘information war’, if that term is an appropriate one, between Russia and the West, can only be lost through the spread of pessimism in this country; and can only be won with persistent optimism.

Leonidas Donskis, Ph.D., is a former Member of the European Parliament (2009-2014). Currently he is a professor at Vytautas Magnus University, and the honorary consul of Finland in Kaunas.