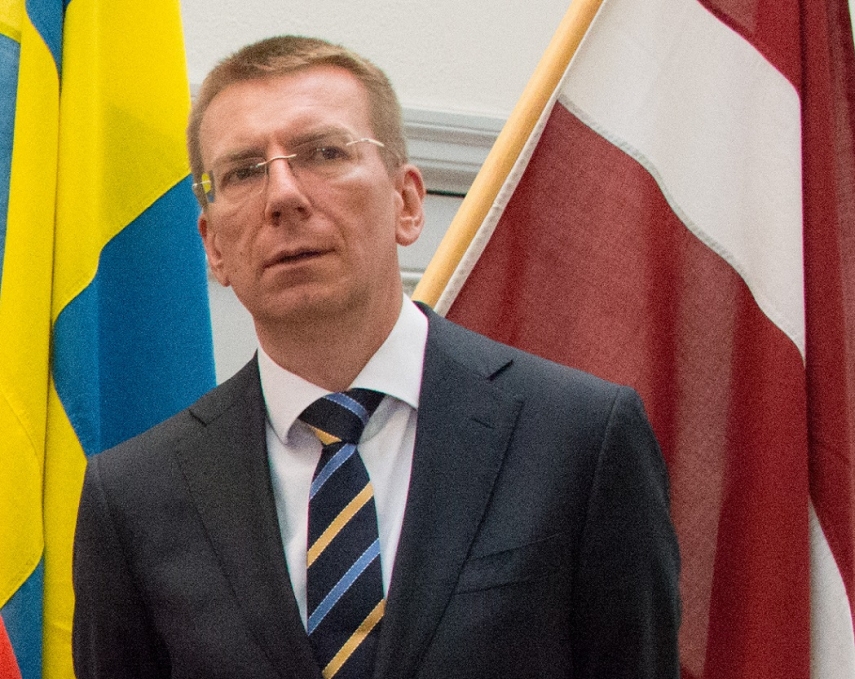 TALLINN - Russia's behavior and recent banking scandals indicate that the Baltic states can no longer cast themselves in the role of a bridge between Russia and the west, Latvian Foreign Minister Edgars Rinkevics said in an interview with The Guardian.

Successive crises have shown Russian determination to interfere in western democracy or use Baltic banks to launder corrupt money, Rinkevics said after a visit to London during which he met Dominic Grieve, the chairman of the UK intelligence and security committee.

The committee is completing a report on Russian influence in the United Kingdom, including its role in money laundering and disinformation, which is likely to call for fresh measures to control the flow of corrupt Russian money into the United Kingdom, The Guardian reported.

Latvia's credentials as a bulwark against Russian power were badly damaged when one of its largest banks, ABLV, was accused by US regulators of being involved in systematic Russian money laundering and evading of sanctions against North Korea. At the same time, the head of the Latvian central bank, Ilmars Rimsevics, was fired in a corruption scandal, a dismissal that has since been overturned by the European Court of Justice.

The Latvian foreign minister said the crisis had accelerated a wider rethink about the role the Baltic states once thought they could play as an intermediary between Moscow and the west.

"When we gained our independence, we had a very tempting concept of Latvia and the Baltic states more broadly being a bridge between the west and east. We speak English and Russian, and we had knowledge of the former Soviet Union space and we had a developed banking system," he said.

"Two sectors were singled out -- transport and financial services were seen as the symbols of this bridge. But events have changed our thinking," the minister said.

He said he had no doubt the scale of the scandals, and the complexity of the money-laundering operations, required greater oversight of Latvia's banks to be handed to a European institution with anti-money laundering functions.

"We had made some progress since 2015. The non-resident sector is dropping sharply, but clearly not enough effort has been made. It is not just Latvia, but this has affected [the] Danske Bank scandal in Estonia, Nordea in Finland, Swedbank," Rinkevics said.

"This is not the problem of one country. It has deeper roots. That is why my government says the lesson from this is that we need to have more European legislation and oversight."

Money laundering had to be seen as primarily a national security issue, he said, not just an problem of corruption.

"This kind of flow of money can influence political life, reputations and inward investments," he added.

He said the latest research shows Russia seems to have decided the best way to influence public opinion is not to take one side, but to stir up disagreement. So in Catalonia, for instance, he said Russia works on both sides to have more debate and hate, and the same goes with elections. It tries to stir up controversy, the minister said.

The solution, Rinkevics added, was not simply shutting down websites, fake bots or bogus accounts.

"We need to raise public awareness, restore the role of journalists as gatekeepers against fake news and do more to identify news on social platforms that is paid, as well as the source of the payment," he pointed out.