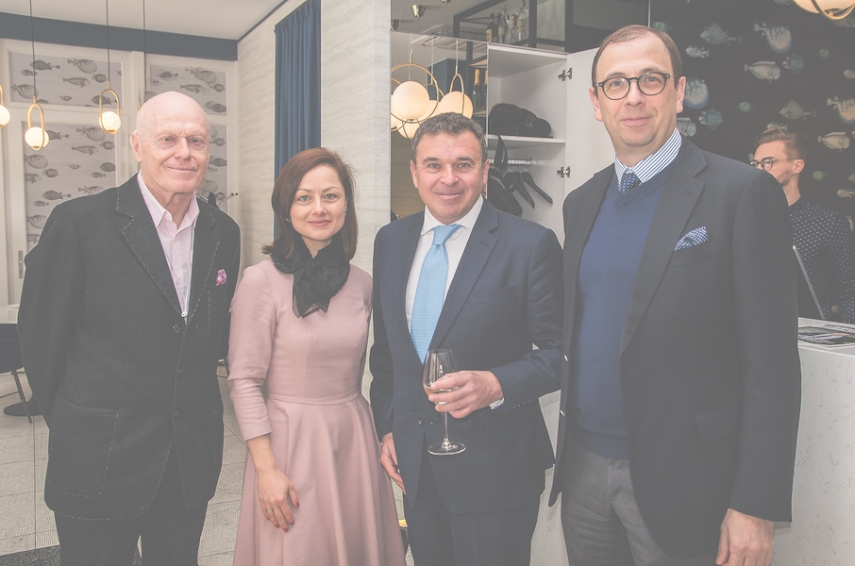 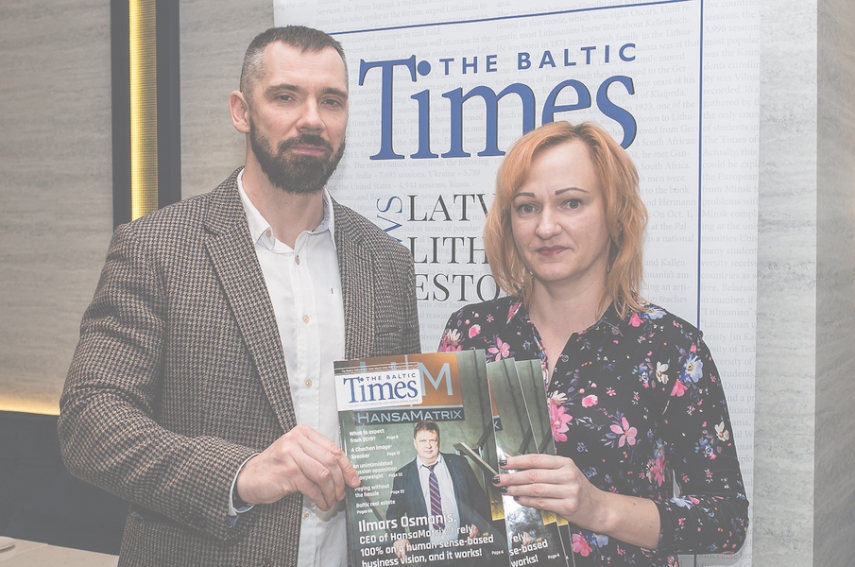 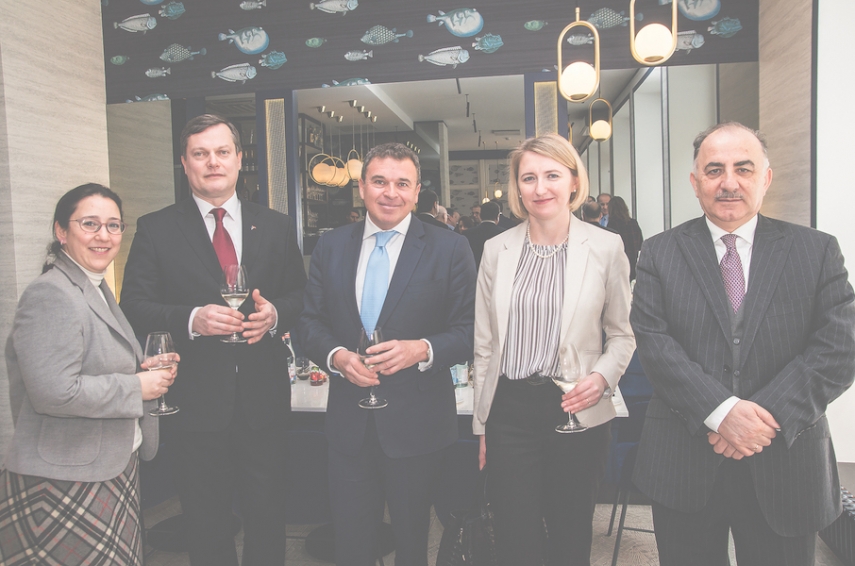 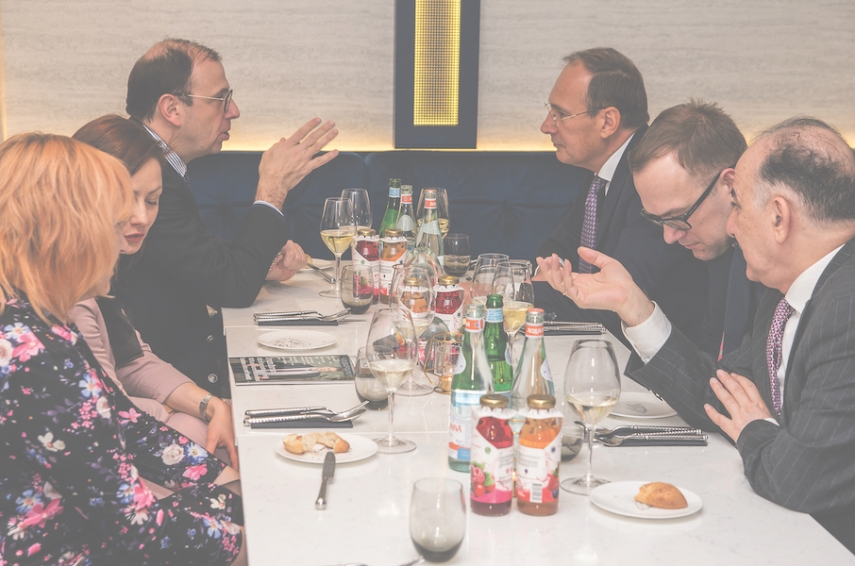 The event guests wished much success with the magazine project 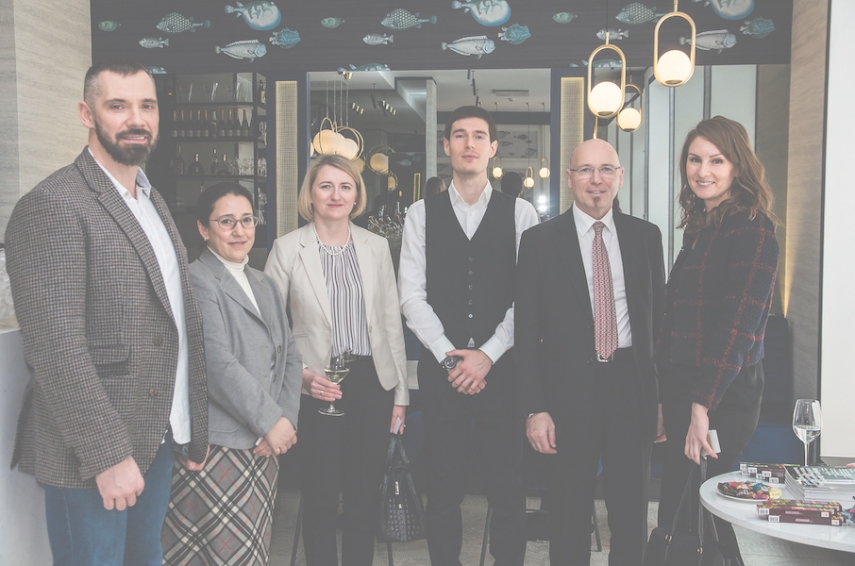 A lot of new business connections were struck during the event 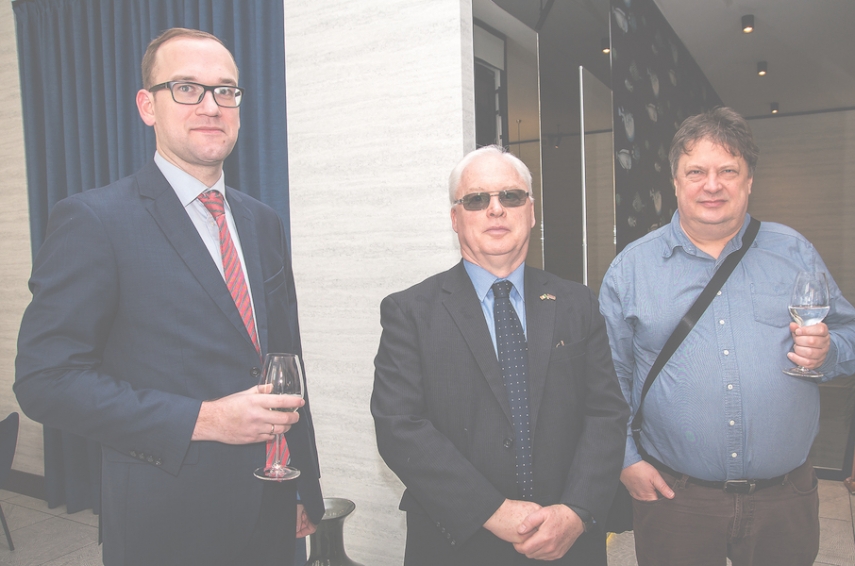 Ansis Spridzans, owner of Spridzans Law Office, Jim Henessy, ambassador of the Embassy of Ireland in Latvia and Ilmars Osmanis, CEO of HansaMatrix 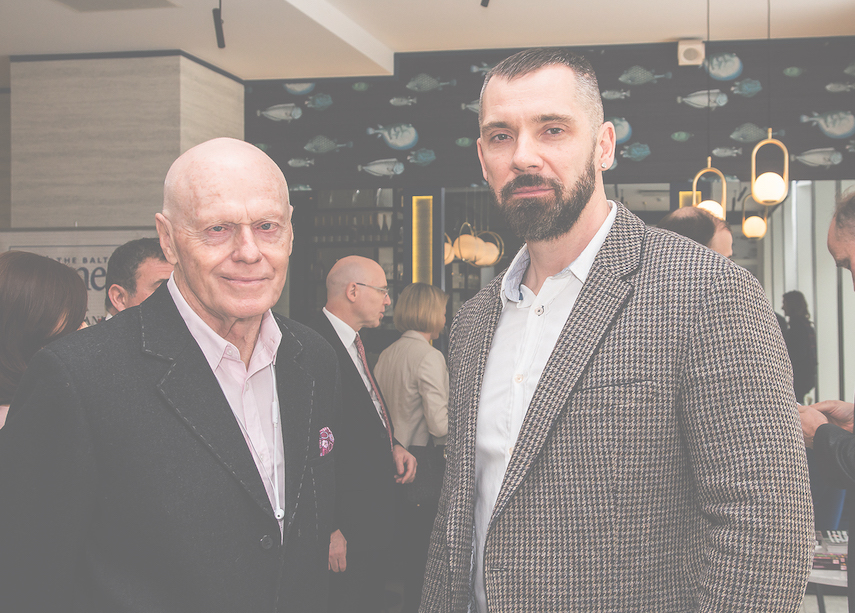 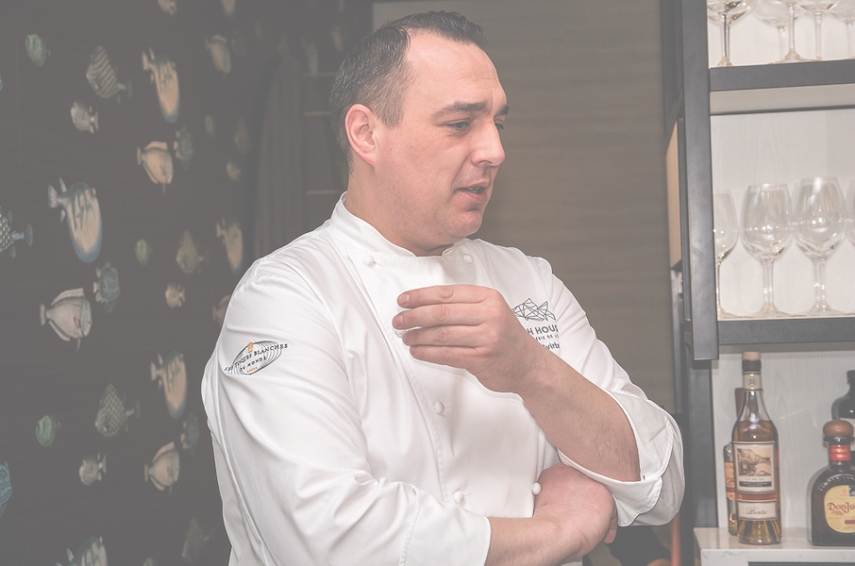 The seafood cuisine was prepared by celebrity chef Janis Zvirbulis

In late January The Baltic Times, the longest established English language newspaper in the Baltic states providing quality news and analyses in English for almost 20 years, introduced to a dozen of its distinguished guests the winter-spring edition of our new publishing project, an 82-page 10,000-circulation glossy magazine The Baltic Times winter-spring Magazine 2019.

It features a wide variety of pan-Baltic articles and interviews covering a broad spectrum of subjects including politics, business, diplomacy, culture, tourism and leisure.

The memorable presentation of the magazine took place in the exclusive Fish House Brasserie de Luxe restaurant, being run by the incredible millennial trailblazer, Mansur Abdulmuslimov, who was among the magazine’s featured heroes.

Our distinguished guests were  offered a sit-down a la-carte lunch, with an impeccable, sophisticated haute seafood cuisine prepared by the celebrity chef patron Janis Zvirbulis.

In the opening speech, Gene Zolotarev, publisher of The Baltic Times, spoke briefly of the challenges that media, and The Baltic Times, is facing today and underlined the necessity to outweigh negative, biased content with positive and encouraging content.

This is exactly the concept of The Baltic Times Magazine.

Having agreed on the exhortation, Linas Jegelevicius, editor-in-chief of The Baltic Times and of  The Baltic Times Magazine, shared some of the brightest and most memorable moments of the magazine publishing process, and spoke of the personal impact that the interviewing of some of the heroes, like Vladimir Kara-Murza, the major Russian oppositionist and deputy director of Open Russia, has left on him.

The guests of the event hailed the initiative to introduce a new and free analytical magazine, complimented the content and wished much success with the new forthcoming magazine editions.

The Baltic Times Magazine will be a bi-annual publication and the summer edition is due for release in June.

Latvia against the backdrop of Chateaubriand's life: the secrets of Mitau Castle