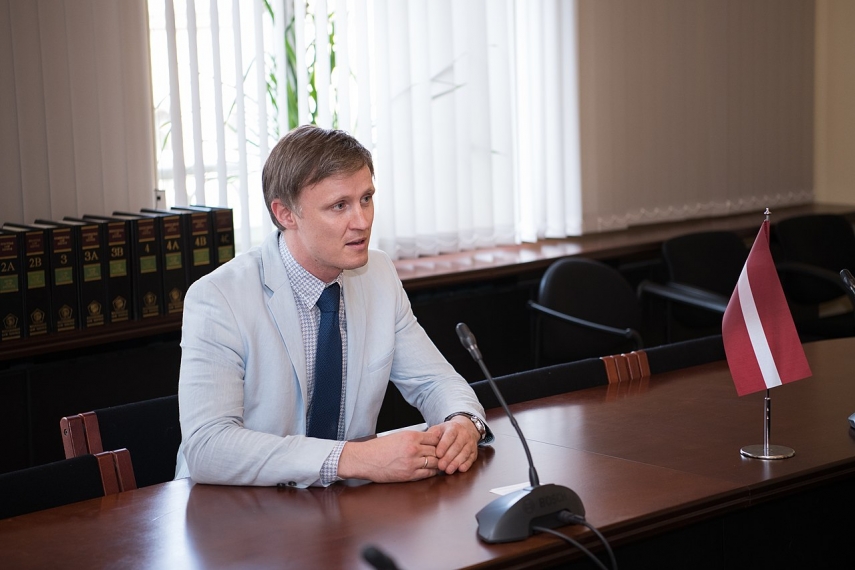 RIGA - The accession of Finland and Sweden to NATO will strengthen the security situation in the Baltic Sea and also in the Arctic, the chairman of the Saeima's Foreign Affairs Committee Rihards Kols (National Alliance) told Latvian Television on Thursday, ahead of today's ratification vote of the NATO Accession Protocols for Finland and Sweden at parliament.

He said that the accession of Finland and Sweden to NATO will strengthen the security and defense situation in the region, but not only in the Baltic Sea region. According to Kols, when both countries join NATO, all five Scandinavian countries will be NATO members, which will have to face Russian related challenges not only in the south of their territories.

"Russia is also "throwing" challenges to the north, in the Arctic. And we see that NATO members will now be represented by an overwhelming majority in the Arctic Council. This dimension is also very important, knowing that Russia has been very actively trying to militarize the Arctic region in recent decades, also in violation of international principles and agreements," the politician admitted.

Kols considers the joining of the two countries to the alliance as an absolute benefit for the security and defense of Latvia. Cooperation with Finland and Sweden as members of the European Union has already existed until now, but their entry into NATO will expand opportunities for cooperation, the MP is convinced.

The Arctic Council is a consultative body intended to promote cooperation between member states and indigenous groups in the region. The activities of the Council focus on sustainable development and environmental protection in the Arctic.

The presidency of the Council is transferred from one member state to another on a rotating basis every two years.

As reported, the Saeima today forwarded to the Foreign Affairs Committee bills on the ratification of the NATO Accession Protocols for Finland and Sweden.

The Ministry of Foreign Affairs indicated earlier that after Russia started war against Ukraine, the governments of Finland and Sweden drew up reports to their respective parliaments on changes in the security environment. The two countries' governments concluded that only accession to NATO and the security guarantees provided under Article 5 of the North Atlantic Treaty can ensure the security of Finland and Sweden in case of a potential military conflict.

After broad discussion, the Finnish parliament and Swedish government decided to apply to join NATO.

At the NATO Summit in Madrid the end of June, both countries were formally invited to join the Alliance.

According to the Latvian Ministry of Foreign Affairs, considering Russia's war in Ukraine, its aggressive rhetoric and potential for escalating the security situation in the Baltic Sea region, it is in the interests of Latvia and its allies to speed up the accession of Finland and Sweden to NATO, thus narrowing Russia's window of opportunities.

For a long time Finland and Sweden had been reserved about joining NATO, but the war unleashed by Russia in Ukraine has prompted the two countries to apply to join the alliance.