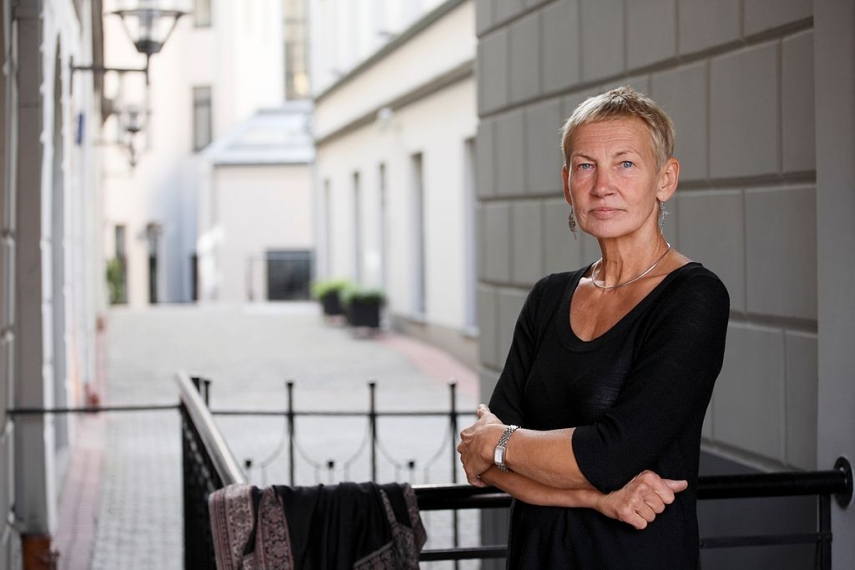 At a press conference held by the VNI today, Gaile, who designed the reconstruction project, said he welcomed the VNI's decision and called it a bold move.

"Since last July when VNI signed contract with Rere Buve 1, we thought that everything was happening the way it was supposed to happen. A year has passed, and just 3 percent of what should have been done, has been done. There will be a war, it will be difficult. This is a declaration of war on the mafia of the large construction companies," said Gaile.

No construction company has taken responsibility for the tragic cave-in at the Maxima supermarket in Riga, nor the fire at the Riga Castle, nor for the settling of the National Museum of Art's annexes and cracks in the old museum building's walls, said Gaile.

Luckily, the VNI has recorded all violations on the company's part. Cracks in the walls of the buildings in the vicinity of the theater building are all Rere Buve's fault, emphasized Gaile.

The VNI representatives said that the decision to terminate the contract with Rere Buve 1 was taken after a number of grave violations were ascertained in the company's operations, including inadequate quality, failure to acquaint themselves with the project's documents in full, missing deadlines and failing to observe safety requirements.

"I am convinced that terminating the contract was the only responsible solution under the circumstances," said VNI board chairman Andris Varna. "We were a constructive cooperation partner and worked hard to find the best possible solution to each problem we encountered during the reconstruction project. However, we saw that the construction company was not interested in improving quality of their work, meeting the deadlines, as well as cost projections and safety requirements," said Varna.

Regardless of the current situation, the VNI is planning to have the New Riga Theater reconstructed by the summer of 2022. The VNI will announce a new procurement tender already in August.

As reported, VNI informed Rere Buve 1 about termination of the contract for reconstruction of the New Riga Theater building on July 23. The company though considers VNI's accusations unfounded and is planning to turn to courts.