Tarja Halonen: No need for Estonia to panically fear Russia 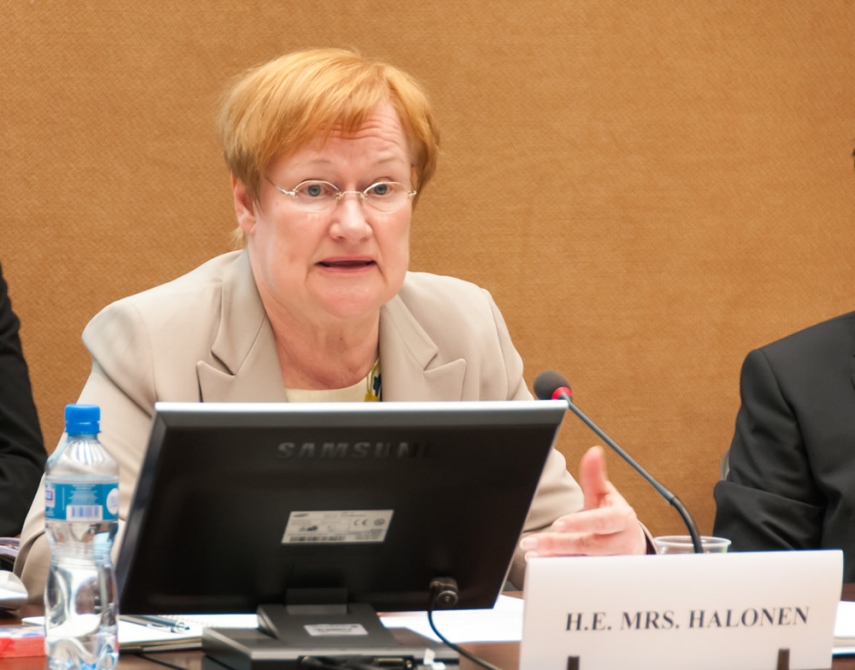 TALLINN - There is no reason for Estonia to panically fear Russia, Tarja Halonen, president of Finland from 2000-2012, told Eesti Paevaleht daily in an interview.

"You are in the European Union, NATO, and you use the euro. In this manner you are not only in a safe house, but have become an independent mature country," Halonen said. "That is why we say to you sometimes that calm down now and there is no reason to panic. Which does not mean, however, that we say that there's no reason to be worried looking at Russia," she added.

In the words of Halonen, Finns know Russians better than Americans do.

"Rule of law, human rights and democracy, they haven't had very much of them ever and therefore it is difficult to build them up too. They are attempting to achieve it somehow, but it's difficult work," Halonen said. "It was difficult even in Germany when East and West Germany were brought together, but it was only for 50 years that East Germany had been out of the system. Just like Estonia," she added.

"You forget it easily that we had our one hundred years under the Russian tsar too, we had the Winter War and the Continuation War. We lost a large portion of our country and had to resettle a large number of residents. We paid the Soviets a big amount of money in damages of war. But what I always say is that we were on the easier side," Halonen said.

"You had your very difficult time – the occupation. That is difficult for us to understand too. So, yes, in my opinion we should be tolerant in the criticism that we level against each other. Our mutual relations have a strong base and we criticize each other not for being there, but just certain things," the former president of Finland added.

Halonen took part in the festival of opinion culture held in the central Estonian regional capital Paide on Friday and Saturday, where she read the keynote of a discussion titled "How to stand against populism and extremism?"