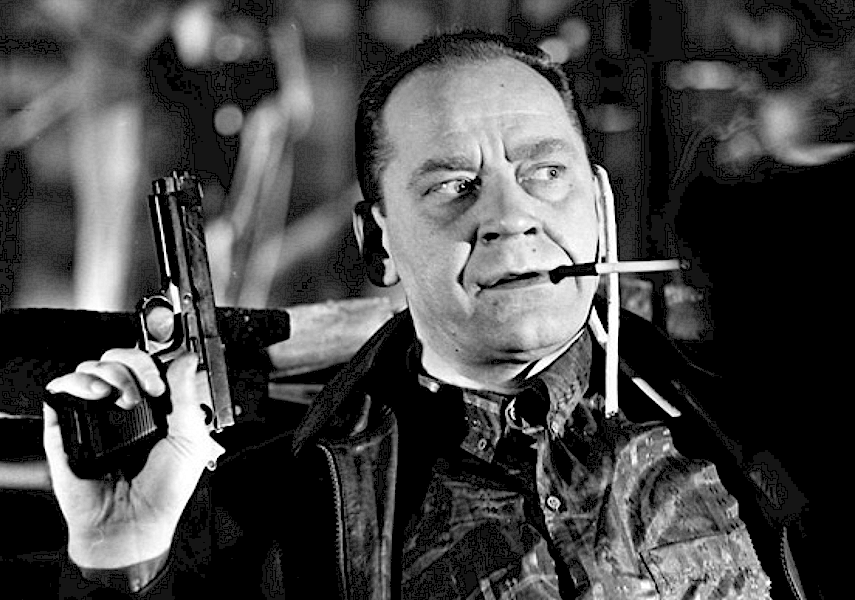 TALLINN - “So what do we do with our new freedom?” a character with a bit part says to his friend in one of the early scenes of “Darkness in Tallinn,” an Estonian film set in 1991, when the northernmost Baltic nation (along with many other countries, including neighbors Latvia and Lithuania) reclaimed its independence from the Soviet Union.

“Same as we always did,” replies his companion. “Go to work in the morning.”

But what if one is a career criminal? Well, independence may offer new opportunities for bagging lucre and achieving notoriety. At least that’s what one enterprising gangster thinks. Mihhail (played by Enn Klooren, whose resemblance to G. Gordon Liddy – a felon of a different sort – will not escape American viewers) is planning a heist of epic proportions, one that will net him and his team of crooks the newly-independent country’s entire stock of gold reserves.

“Darkness in Tallinn,” also known as “City Unplugged,” was first released under the Estonian title “Tallinn pimeduses” in 1993. Though slightly marred by periodic and jarring outbreaks of violence featuring a high death toll, it is a brisk comedy-thriller. The plot concerns an attempt by Mihhail and his gang to hijack almost one billion US dollars’ worth of gold bullion belonging to the Estonian National Treasury, due to arrive in Tallinn from Paris, where it was stashed away for the duration of Soviet rule. As for the darkness of the title, it exists on several levels: the humor is black, the atmosphere noirish, and most of the film was shot in black-and-white.

The movie was scripted by Paul Kolsby, an American, and directed by Ilkka Jarvi-Laturi, a Finn. Otherwise, however, it is identifiably Estonian, having been filmed in and around Tallinn, and starring mostly Estonian actors speaking in their native language. Interestingly, the gangsters, who come off as somewhat caricaturesque in their crudity and penchant for violence, are almost certainly meant to be Russian (names such as Mihhail, Dimitri, and Anton are a giveaway). However, perhaps for reasons of convenience, Jarvi-Laturi had Estonian actors play them (the late Jari Jarvet of “Solaris” fame portrays aging mobster Anton) and converse in Estonian.

The linchpin of the gang’s scheme is a young Estonian man named Toivo who works at the nation’s main power plant. Mihhail and his accomplices need him to cut off Tallinn’s electricity supply when the gold arrives at the Bank of Estonia, thereby plunging the city into darkness and giving them cover for their operation. Toivo, portrayed in a subtle manner and with a hangdog expression by Ivo Uukkivi, lives in a tiny, cramped apartment and feeds his heavily pregnant wife Maria (Latvian actress Milena Gulbe) nothing but leftover spaghetti for dinner.  He has agreed to work for the mobsters without knowing what they’ll ask of him. Yet he isn’t a complete dupe.

He drove a truck filled with smuggled goods for them on a recent occasion and is sure that this next gig, for which he’ll receive handsome remuneration, will also involve criminal activity. When Toivo, thinking about what might be in store, wavers and tells Maria, “We used to live by ideals,” she urges him to buck up for the sake of their child. “Ideals? They were dreams,” she scoffs. “Maybe the dreams died, but our baby is going to live. He’s going to be happier than we are. And richer.”

Jarvi-Laturi would have done well to have the likable Toivo on screen for longer stretches of time; we are treated to scene after scene focusing on the separate preparations for the heist undertaken by the gangsters, none of whom elicits the viewer’s sympathy. At any rate, the movie picks up pace when, after a futile attempt at resistance, Toivo plunges Tallinn into darkness, the gang raids the Bank, Maria goes into labor, and a spunky neighborhood tomboy named Terje (Monika Mager) piles her into a wheelbarrow she attaches to her bicycle and takes off for the hospital.

The movie’s sensibility bears a lingering look. In its depiction of the national pride and pomp accompanying the attainment of independence and the retrieval of the gold bullion, “Darkness in Tallinn” proves somewhat irreverent. (Perhaps this has something to do with the two filmmakers’ foreign perspective.) Those Estonians caught up in the heady rush of patriotism are portrayed as more prone than others to grandiosity and dreaminess, as exemplified by the florid speeches delivered by politicians at the bank and the rapt attention of the crowd assembled before them.

This in turn makes them oblivious to the real drama happening under their very noses – members of a large gang/small army taking up positions all around the site.

Yet some of the symbolism in “Darkness in Tallinn” emerges as decidedly patriotic: Maria and Toivo’s child is born just as Estonia is reborn; and at a critical moment, the film segues from drab black-and-white to glorious color. One can also discern a nod here and there to important elements of recent Estonian history. For example, the gangsters sometimes make remarks that cannot but recall Soviet propaganda. (“We can do anything if we put our minds to it” is reminiscent of a USSR propaganda slogan.) And when Toivo walks through a small crowd of festive revelers trilling anthems of freedom, the “Singing Revolution” against Soviet rule immediately comes to mind.

Today, one can safely declare that “Darkness in Tallinn” has stood the test of time. Released in 1993, it is now over two decades old. Estonia, of course, is a different country. It has nurtured a small but thriving film industry, with an annual festival to showcase its products. Many Estonians surely find that the movies made these days speak more to the country’s contemporary situation. Yet “Darkness in Tallinn” captures, in fictional form, a watershed moment in Estonia’s history, and one that Estonians celebrate every year: the country’s re-attainment of national independence and sovereignty following half a century of foreign rule. As such, the film will not soon be forgotten.