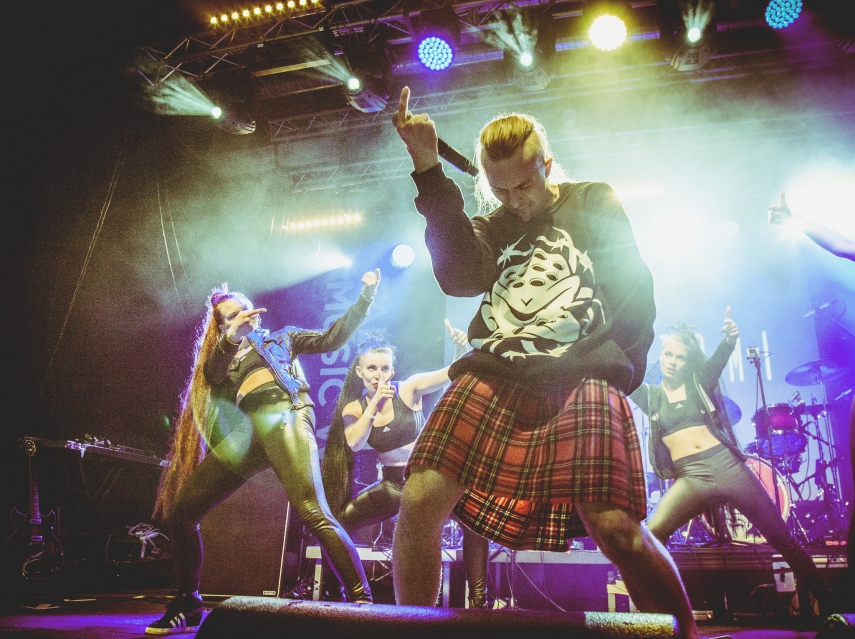 TALLINN - During the last weekend of March, 205 artists from 26 countries will perform at the annual Tallinn Music Week.
Now in its seventh year, Tallinn Music Week has grown into a major meeting point for Eastern, Western and Central European music communities as well as an attractive travel destination for the region’s music, culture and food lovers. An ever-increasing number of foreign artists – this year there will be 84 acts from 25 countries – prove the point. This year’s international line-up includes 12 artists from Finland, nine from Denmark, Latvia and Russia, six from Poland and five from the UK, Sweden and Belarus.

The seventh edition of the festival features a special focus on Denmark – currently one of the most exciting places for new music in Europe. The Danish party, hosted by SPOT on Denmark by Music Export Denmark, JazzDanmark, World Music Denmark and Rosa, is also set to be the opening party of the festival on 26th March at Von Krahl theatre and will feature the finest representatives of Danish pop and rock, among them the melting pot of ethnic and modern influences called The Sexican, noise-pop warriors Lowly and the adrenaline-heavy hip-hop act Slowolf. SPOT on Denmark will also feature two of the finest jazz outfits, Emil De Waal + Spejderrobot and Rune Funch Picture Music.

To celebrate the fact that the southern Estonian village of Obinitsa in Setomaa is currently holding the status of the Finno-Ugric Capital of Culture, Fenno-Ugria will present a vigorous company of male vocalists called Seto Miihi Summ along with the reconstruction of ancient ritual ceremonies of Erza and Moksha by OYME from Russia, also to be held on the opening night of TMW.

New venues this year include 16th century St. Nicholas Church, where the Glasperlenspiel Festival will present a new piece “To His Holiness” by the versatile Estonian composer Peeter Vihi. Rotermann Salt Storage Hall will host the Glasperlenspiel Festival’s “Crystallic” showcase featuring Estonian handbell ensemble ARSIS and baritone saxophone maestro Joan Mart-Frasquier from Spain amongst others. The brand new theatre hall Vaba Lava in Tallinn’s hipster hotspot Telliskivi will host the folk night, featuring the very recent winner of Estonian music awards Curly Strings and Maarja Nuut, who created quite a stir at WOMEX 2014. Philly Joe’s, an atmospheric and friendly new jazz bar, is the venue for world-class blues and rock.