Tallinn Biennale will open with grand exhibition by street artist 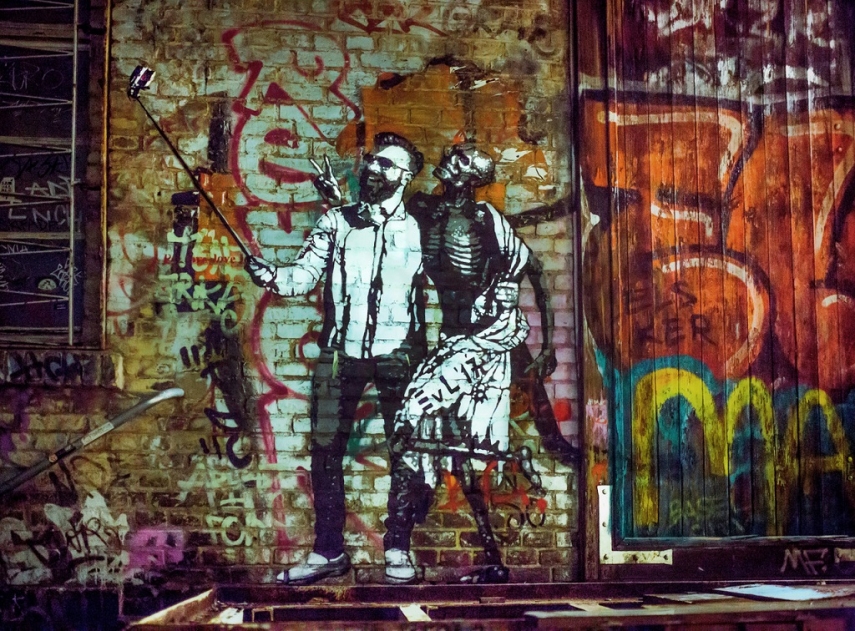 Tallinn Biennale, which will take place for the first time, will open in the Estonian capital on 2 July with a major exhibition by street artist Edward von Lõngus titled "Doomsday Cathedral".

The exhibition will take place in Ülemiste City, a technology hub built on the edge of a Soviet-era industrial district, which is a sight in itself. Unlike many major events cancelled this summer, the Biennale’s main exhibition and numerous other events will be physically open and it is possible to come to Estonia to enjoy them from many countries without having to go through quarantine.

“The Estonian art landscape is varied and diverse, in addition to the multiplicity of different approaches, galleries and exhibitions, lively and playful street art is also represented here. Street art is often site-specific and characteristic of urban culture and is more visible in the larger cities, such as Tallinn and Tartu”, so says the official introduction to the art scene by the Estonian Tourist Information Office. “Being generally anonymous, but masterfully executed and realized in cleverly selected locations, it can offer visitors a genuine local experience. However, we can never be certain that the work will exist in the same place or in the same form the next day.”

Audiences abroad experienced the work of Edward von Lõngus, a key figure in local street art, three years ago when Estonia held the EU presidency and his graffiti series, inspired by Danse Macabre – a painting in the church of St Nicholas in Tallinn by the late medieval German master Bernt Notke – was presented in various cities across Europe. The same motif is being developed this time for the “Doomsday Cathedral”, where the work will take on formidable dimensions extending to 25 square metres on steel plates weighing more than half a tonne and hanging only on metal wires from the ceiling. The new work in the exhibition is Lõngus’ remix of the frescoes of Michelangelo’s Sistine Chapel depicting the Last Judgment. The effect is both spectacular and sacral, while instead of displaying the saints entering heaven, it is more reminiscent of the work "Hell" by the legendary Estonian graphic artist Eduard Wiiralt.

“It's easy to relate to Lõngus’ work – his stencilled street art has the same effect as the memes of the virtual world we are so familiar with. Lõngus is known for his playfulness, although over the years he has become increasingly serious and critical of society,” says Andra Orn, chief organizer of the biennale, discussing the work of an artist who is not yet broadly identified to the public.

“Doomsday Cathedral” is certainly no ordinary exhibition, but a unique experience – on entering the space, guests will be confronted by a capital-centric world, where death and destruction are seen as entertainment. “The environment of the exhibition is also worth highlighting. The main exhibition takes place in a factory built in 1899, which produced equipment for nuclear power plants, scaling the growing need for energy and consumption on the one hand, and life and safety on the other. The timing is also relevant – the world has been through a lot this spring, and Lõngus' end of the world images have arrived in a new and painful situation in every sense. Are the seconds till the end of the world ticking even faster now?” asks Orn.

The main exhibition in Ülemiste City (10 Sepapaja tänav, Tallinn, Estonia) can be visited either by joining a guided tour in English or with a regular ticket, which can be purchased through the Piletilevi sales system (piletilevi.ee) or at the exhibition venue. Citizens of Austria, the Czech Republic, Finland, France, Germany, Greece, Hungary, Iceland, Latvia, Liechtenstein, Lithuania, Norway, Poland, Slovakia, Slovenia and Switzerland can all travel to Estonia without the 14-day quarantine obligation, as announced by Estonian National Broadcasting. The list of countries is reviewed once a week and may be updated.

Tallinn Biennale 2–30 July – a major summer art event taking place for the first time with diverse events introducing the work of artists from Estonia and neighbouring countries across the capital and surroundings, offering visitors unforgettable experiences – exhibitions, exclusive gallery tours, meetings with artists and much more. The biennale is organized by the Nordic Baltic Art Center NOBA MTÜ.