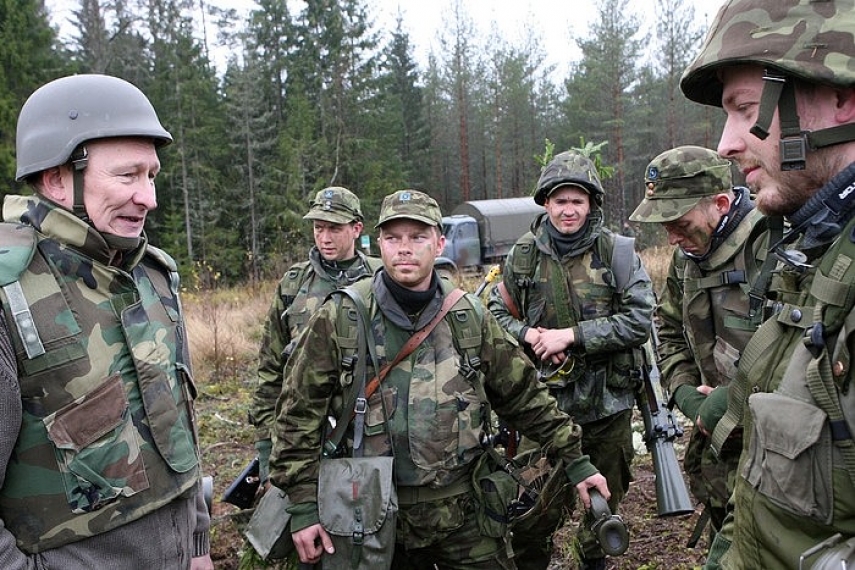 The Estonian Defence Minister, Sven Mikser, said after visiting the largest defence exercise in the history of the country's defence forces, Siil (Hedgehog) 2015, that the Estonian defence system works well, and that the success of the exercise will have ended discussions about the need for a shift to fully professional armed forces, the ministry announced. In contrast with many NATO members, Estonia does not have a fully professional army.

"I observed the planning of the exercises and the course of the exercises very closely. The Estonian state defence model works very well," said Mikser. "I can confirm already, even before thorough conclusions have been compiled, that Siil 2015 was a success. The Estonian mobilisation system works, and motivation to defend the nation is high. Chief of Defence Forces Lieutenant General Riho Terras and the Defence Forces Headquarters deserve the grade "excellent" for successfully passing such an important exam."

According to the Minister, lessons learned from the exercise will be further analysed in order to help develop the reserve army and the mobilisation system.

Mikser said he is grateful to the reservists, Defence League members and their employers for the significant contribution they have made to Estonia's military defence.

The military exercise Siil 2015, which started on 4 May and will continue until tomorrow (15 May), has involved more than 13,000 reservists, Defence League members, conscripts, professional military and military of the allies. Reservists have made up more than half of the participants.