Straujuma in Kiev: Latvia and Europe stand with Ukraine 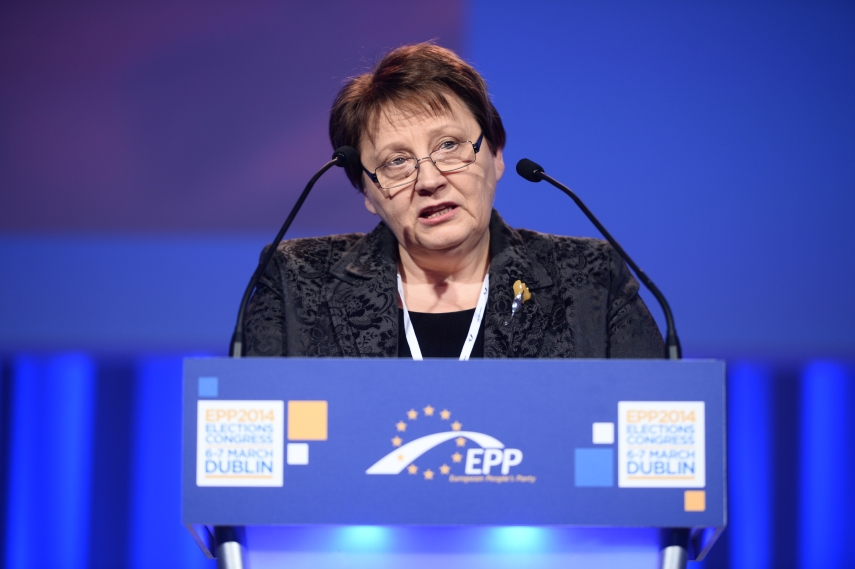 Addressing the participants of the International Support for Ukraine Conference in Kiev today, Latvian Prime Minister Laimdota Straujuma pointed out that Ukraine faces immense challenges in resolving conflict in the eastern part of the country, maintaining territorial integrity and resuming economic growth.

"But you do not face these challenges alone. Latvia and Europe stand with you. And it is clear – Crimea is and will be part of Ukraine," Straujuma continue. The prime minister emphasised that Latvia, as the presiding country of the Council of the European Union, has put the Eastern Partnership at the heart of its agenda in developing an open Europe that takes care of its neighbourhood and strives for stability and prosperity.

According to Straujuma, the EU-Ukraine Association Agreement, effective since last year, and the Deep and Comprehensive Trade Agreement, to take effect on January 1, 2016, can be powerful tools in facilitating economic recovery.

"However, this has to be Ukraine's process; it has to be led by Ukraine and the people of Ukraine. Ukrainian institutions, politicians and citizens have to drive reforms that will determine a positive future for Ukraine, by improving public administration, by decentralising decision-making, as well as by increasing confidence in the business climate,” said the prime minister.

Latvia has also gone through a difficult reform process, and therefore understands Ukraine very well, noted Straujuma. "My country has experienced significant and painful reforms over the last two decades. We have adopted the euro and our economy is growing.''

In her address, the prime minister applauded Ukraine's leadership for the progress they have made in implementing the recommendations of the International Monetary Fund, in tackling corruption related problems and in improving the business climate through deregulation, as well as taking steps towards local government reform.

"Every concrete decision drives Ukraine towards becoming a more stable and prosperous country. It benefits the Ukrainian people and the whole of Europe," said Straujuma.

The Cabinet of Ministers informs that Latvia has sought to help, both through the EU and bilaterally, by contributing humanitarian assistance to victims of the conflict, as well as financing and expertise to the OECD mission and the EU Advisory Mission. Technical support has been provided by Latvia in regional development and support for small and medium-sized businesses, in addition to assistance with agriculture, which is an important element of Ukraine's economy and exports, as well as in fighting corruption.