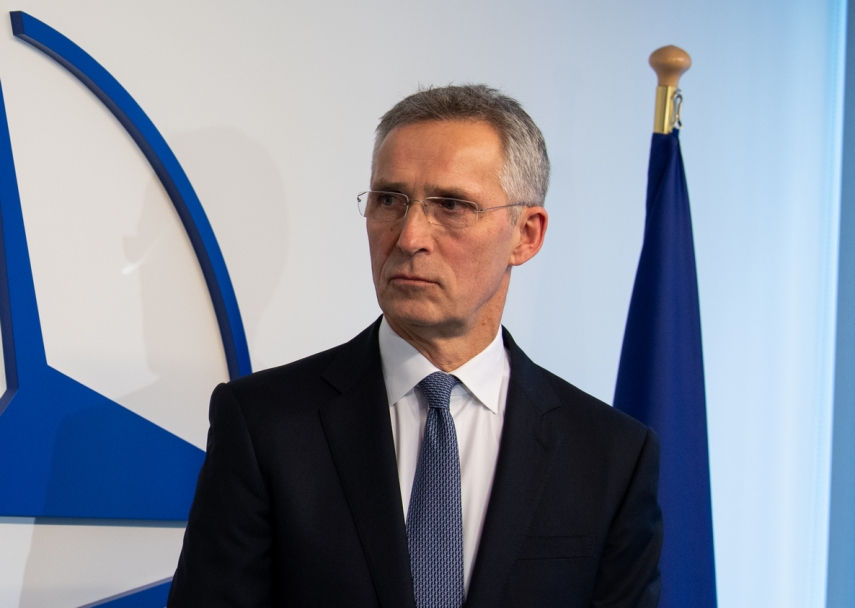 LONDON - NATO military commanders are drawing up plans to deploy a permanent full-scale military force on the alliance's eastern flank which would be capable of taking on an invading army, NATO Secretary General Jens Stoltenberg told the Sunday Telegraph.

Stoltenberg told the British newspaper that the alliance was "in the midst of a very fundamental transformation" that will reflect "the long-term consequences" of Russian President Vladimir Putin's actions.

"Regardless of when, how, the war in Ukraine ends, the war has already had long-term consequences for our security," the NATO boss told the Sunday paper. "NATO needs to adapt to that new reality. And that's exactly what we are doing."

Stoltenberg said that the alliance's small "tripwire" force on its eastern border would be turned into a major presence as part of a "reset."

"We have to ensure that we continue to be able, in a more dangerous world, to  protect and defend all NATO allies," he told the paper.

Stoltenberg said the reset needs to be accompanied by increased national defense spending by members of the alliance, as he singled out Chancellor Olaf Scholz's pledge to raise Germany's spending on defense from 1.5 percent to 2 percent of GDP.

"With the size of the German economy, this really makes a huge difference also  for NATO's total defense spending," he told the Sunday Telegraph.