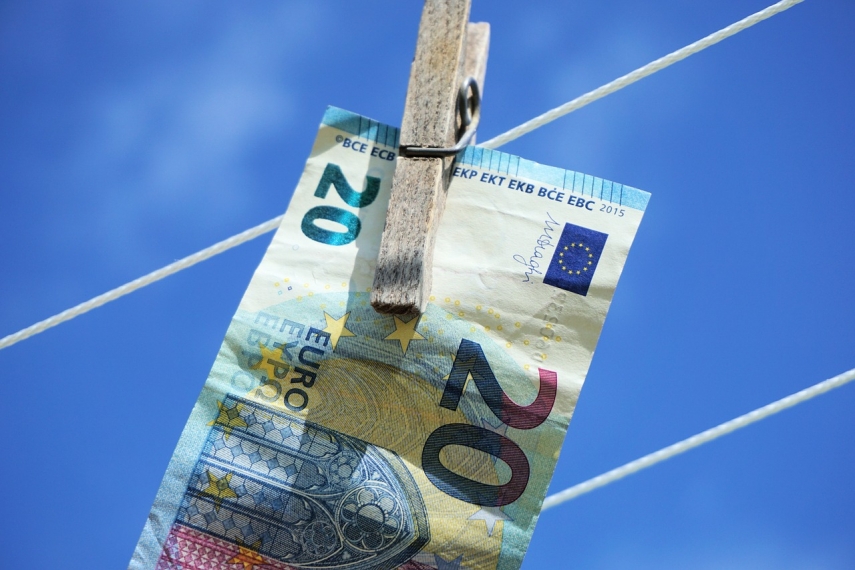 RIGA - For Latvia, stakes are high in its fight against money laundering, The New York Times (NYT) says in an article on the Latvian financial system’s issues.

“For years, according to the authorities in Europe and the United States, some banks in the drowsy Baltic port city of Riga specialized in helping these and other criminals wipe their fingerprints off dirty money before it was moved to offshore havens,” the NYT says in the article.

Examples given in the article include an investment adviser whose financial pyramid cheated some unsuspecting Russians out of USD 10 million, a Taiwanese businessman who secretly helped North Korea obtain precision tools for its nuclear weapons program, and a corrupt Ukrainian politician spiriting millions of embezzled dollars out of his country.

Recent scandals at the Scandinavian banks Swedbank and Danske Bank have exposed more instances of substantial sums of suspicious money flowing through the Baltics. The bad publicity has driven honest investment away while intensifying the pressure being applied by the United States, which is trying to block North Korea and blacklisted Russians from evading financial sanctions, the US newspaper says.

Latvian officials have promised to crack down on the corrupt banks that made the country one of the world’s pre-eminent money-laundering centers, especially for money flowing out of Russia, according to the NYT.

“For Latvia, a country of two million people, the stakes are high. Its economy has already struggled because of the downturn in investment, and it could wind up on a so-called gray list of chronic money-laundering centers, as defined by an international task force supported by the United States and other countries,” the NYT says. That means that travelers from Latvia, for instance, would be unable to use their credit cards in foreign countries.

“Once a promising example of the transition from Soviet-style communism to Western liberal democracy, Latvia could join a list that includes a rogue’s gallery of money-laundering centers like Pakistan, Syria, and Trinidad and Tobago,” the newspaper warns.

The NYT quotes Latvian Finance Minister Janis Reirs as saying about the importance of tackling the money-laundering problem that “it’s a matter of the reputation of the country”. “That’s why we said this is priority No. 1 for our government,” the minister stressed in an interview.

Foreign observers do not doubt Reirs’s sincerity, but they are skeptical that a small, relatively poor country like Latvia can win a battle that essentially pits it against Russian oligarchs and organized crime figures who have been known to meddle in local politics. The government is an unstable alliance of five center-right parties.

“The problem is that you have a number of Russian- and Ukrainian-owned banks in Latvia with owners of dubious origin,” said Anders Aslund, a former Swedish diplomat who is a Russia expert at the Atlantic Council in Washington. “These people are strong and skillful.”

A few people in Latvia have gotten rich helping criminals move their money into the mainstream financial system, but revelations about illicit activity corroded the country’s reputation as a stable member of the North Atlantic Treaty Organization and the eurozone. In the past year, credit has become scarcer and banking more difficult.

Deutsche Bank and other Western financial companies have severed their correspondent banking relationships with Latvian lenders, effectively cutting off direct access to dollars. Now, when Latvian banks need to do business in dollars, they must go through intermediate banks in places like Poland or Spain, a process that creates delays, the US newspaper says.

The fraying ties to the American and European financial systems have set Latvia back in its long struggle to turn away from Russia and toward the West. In that sense, money laundering helps President Vladimir Putin of Russia achieve his goal of destabilizing the European Union while enriching his cronies.

“Latvia has also been an embarrassment for the European Union, which has mostly been a bystander as the United States government forced a crackdown. Last year, the Treasury Department precipitated the shutdown of ABLV Bank, Latvia’s second-largest bank, by exposing a wide range of dubious practices,” the newspaper says.

A Treasury report found, for example, that ABLV helped a Ukrainian business tycoon, Serhiy Kurchenko, use a network of shell companies to funnel billions of dollars he is accused of embezzling from Ukrainian government coffers. The United States and the European Union have imposed sanctions on Kurchenko, who according to media reports is in Russia.

In 2014, a Taiwanese businessman, Hsien Tai Tsai, pleaded guilty in the United States to relying on Latvian and Estonian banks as conduits for money used to buy precision metalworking machines for North Korea’s nuclear program.

The Latvian government has been rushing legislation through Parliament to address these criticisms. The country has about eight months to clean up its act before being added to the list of money-laundering nations kept by the Financial Action Task Force, an international alliance whose members include the United States, the European Union and China.