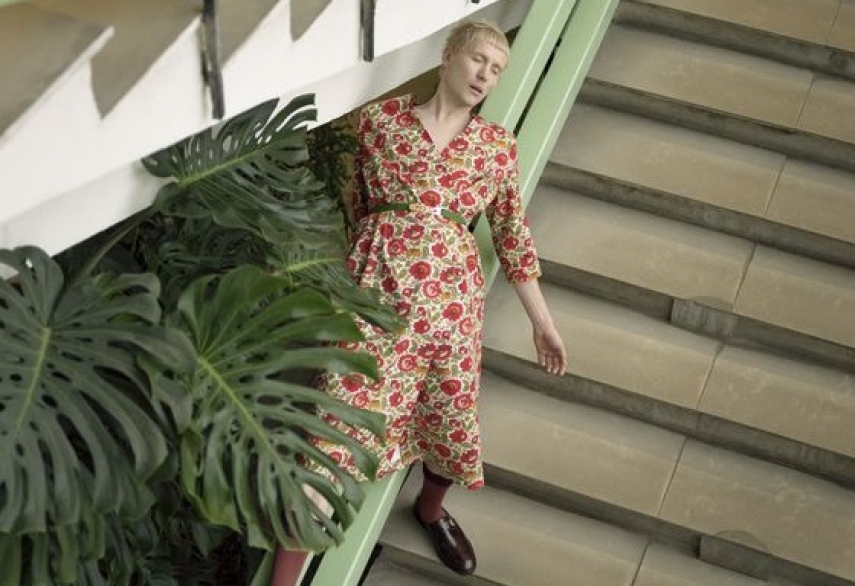 TALLINN - On Thursday, 14 March at 6 pm, the Kumu Art Museum in Tallinn opens an exhibition dedicated to two original art movements that started in Eastern Europe. The exhibition is entitled Sots Art and Fashion. Conceptual Clothes from Eastern Europe.

Can the Soviet era provide inspiration for art and fashion? Could the Eastern Europe that emerged after the fall of the Iron Curtain have its own post-Soviet chic? The exhibition Sots Art and Fashion brings together two original art movements that emerged in the region and that have generated considerable international interest: the Sots Art of the 1970s and 1980s in visual arts and the post-Soviet aesthetic of the 2010s in fashion. What unites them is a search for inspiration from local histories, and their symbolic and material legacy, whether a red star, a flower-patterned smock or the Berlin Wall.

Sots Art, which emerged in the early 1970s in Moscow, was the first movement in the history of unofficial Soviet art to take its inspiration from the detested Soviet visual culture. Although it exploited symbols, objects and materials from the Soviet everyday life in its works of art, it had become clear by the mid-1970s that there was no place for the playful Sots Art in the art life of the Soviet Union. In the fashion Mecca of New York, where most of the Sots Art proponents had relocated by the 1980s, Sots Art fashion found one of the most iconic expressions in Komar and Melamid’s conceptual mail-order catalogue A Catalogue of Superobjects: Supercomfort for Superpeople (1977).

In the 2010s, a group of young fashion designers have entered the stage in Eastern Europe; they find their inspiration from the socialist past of their countries and their style is known on the catwalks of the world as the post-Soviet aesthetic. Yulia Yefimchuk from Kiev, Marit Ilison from Tallinn, Sonja Litichevskaya from Berlin and Nina Neretina and Donis Pouppis from Moscow have all created collections in which the socialist past of their countries has been turned into an abundant source of inspiration and demonstrates the coping of the Eastern European culture with its complicated, often traumatically perceived history.

The exhibition includes works from private collections from Moscow, Tallinn, Kiev and Berlin, and from the collections of the Estonian History Museum, the Art Museum of Estonia, the Estonian Artists’ Association, Mart Erik’s collection and the Fotomuseum Winterthur.

On 4 April, the Eastern European art theorist Boris Groys’s book The Total Art of Stalinism will be presented at the exhibition and the founder of Sots Art Vitaly Komar from New York will deliver a public lecture in English. The public programme of the exhibition will culminate on 3 August with the roundtable discussion “Post-Soviet Aesthetic: Globalising Fashion from Eastern Europe”, moderated by Sten Ojavee.

The exhibition will remain open until 4 August 2019.