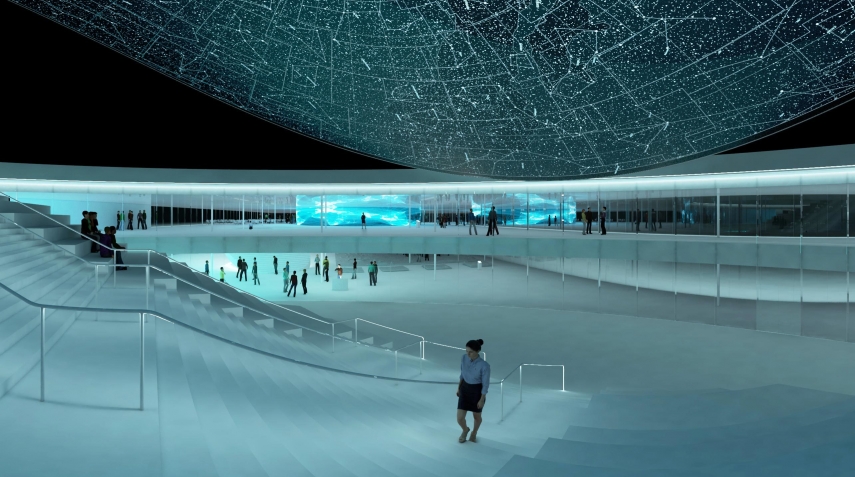 SMAR was the highest ranked of three winners in the Science Island International Design Contest, which attracted 144 teams from 44 countries and was the most popular design competition ever held in Lithuania.

The appointment completes the Negotiated Procedure without Publication of a Contract Notice – the second stage of the process following the original Design Contest; both processes were run to Lithuanian procurement regulations.

The new €25m science centre is expected to open a year in advance of Kaunas’ tenure as European Capital of Culture 2022. It will be located within a 33 hectare site on Nemunas Island in the Nemunas River, a short walk from Kaunas’ historic Centras district and close to its celebrated universities. SMAR will collaborate with the Lithuanian practice, UAB Architektų biuras G. Natkevičius ir partneriai.

“Science Island is an emblematic project for Kaunas that will showcase recent achievements in science and global technologies, with the aim of inspiring visitors to expand their knowledge and support innovation in these fields.

“We very much look forward to working with SMAR on the initiative and unlocking the potential of this beautiful site in the centre of the city.”

“We are delighted to have won the project and our team looks forward to realising our vision along with the local team, Kaunas City Municipality and the people of Kaunas. This is a unique opportunity on a fantastic site, not just for Kaunas but for Lithuania and Europe.

“The Science Island competition sparked our imaginations: we were prompted to visit the city, which resulted in an immediate connection with Kaunas that was reflected in our design. We anticipate the finished building will be an invigorating experience, drawing new audiences.

“Our proposal for Science Island follows the island’s topography to find a deep connection with nature and with the city. On the roof, circular access points will work as public stages and natural seating areas, our aim being that the museum spills into the landscape and the park comes into the building.

“The existing landscape gives shape to the Innovation Centre, which is topped by a sloping and reflecting upper disk: a landmark for the city. This will be a new sun for Kaunas, a bright, shining sun – evidence that Science is always awake searching for new answers.”

“Congratulations to SMAR on winning the project: they were brilliantly adventurous in their concept design and patient in seeing the negotiations through.  This was a competition that drew an exceptional global following, which was a huge credit to Kaunas.

“Science Island has the ingredients to be a major international success: a well-conceived project, a very committed client and an outstanding design team.”

SMAR will now complete the detailed design by February 2019 and the project is expected to open in 2021, ahead of Kaunas’ term as European Capital of Culture 2022.

The design contest for this exceptional site in the UNESCO designated, and celebrated university city, Kaunas, encompassed the design of the Centre and an urban integration plan for Nemunas Island.