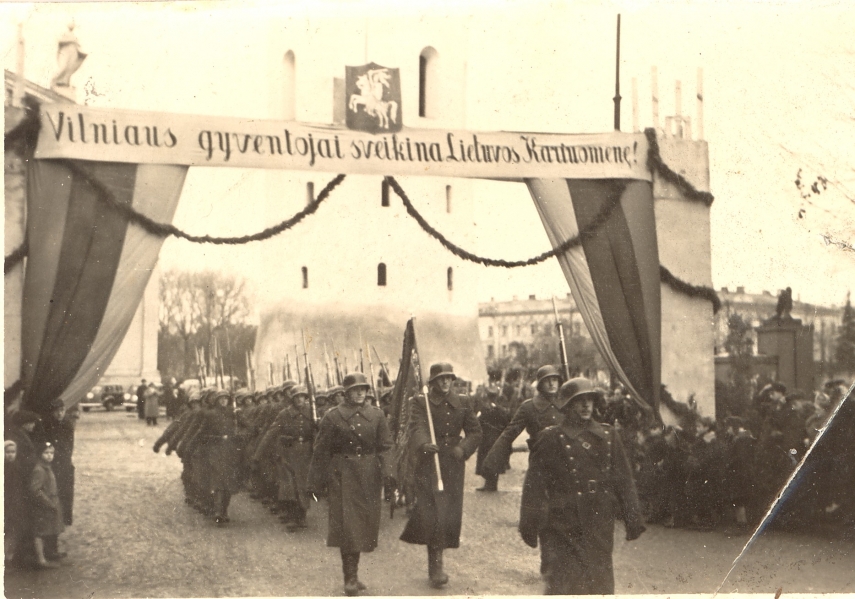 VILNIUS - Several hundred people gathered in the Cathedral Square in downtown Vilnius on Thursday noon to mark 99 years since the re-establishment of the Lithuanian Armed Forces.

People watching the solemn ceremony, which was attended by the country's political leaders and military commanders and foreign partners' troops, said that they also wanted to pay their respect to soldiers who swore to defend their homeland.

"The first association the Armed Forces bring to my mind is respect. These are the people who, whatever happens, will go and defend our country, each of us, because we are the state," Ieva, a first-year student at Vilnius University, told BNS.

"Honor and respect for the soldiers are the first words that come to my mind," she added.

Foreign diplomats and defense attaches were in the Cathedral Square to watch a line-up of  Lithuanian and Allied troops, followed by a parade along the central Gedimino Avenue to the Independence Square.

President Dalia Grybauskaite said that this day was an occasion to remember all the defenders of the country's freedom, their courage and loyalty to Lithuania.

Defense Minister Raimundas Karoblis noted that with one year to go until the centennial of the re-establishment of the Armed Forces on Nov. 23, 1918, the security situation remained uncertain.

The minister pointed to the situation in Ukraine, where "people are killed every day".

"On the other hand, Lithuania never had so many friends and security guarantees as it does now. And the Lithuanian Armed Forces were never as strong as now. The Armed Forces are growing and we have strong public support," the minister said.

"And I thank people for this support. Every soldier does need it," he added.

He vowed to keep up the pace of strengthening the Armed Forces.

The Lithuanian Armed Forces Day is also celebrated in other cities and towns across the country.