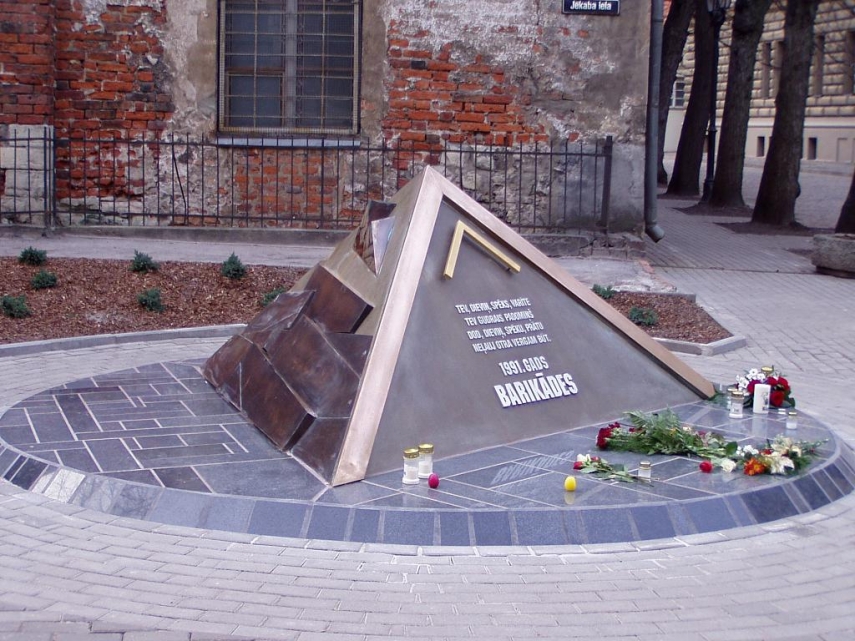 RIGA - Several hundred people, including Latvian state officials, young guards, students and their teachers, gathered in Dome Square in Riga Old Town this morning to light a traditional bonfire in remembrance of the 1991 Barricades.

Various other events commemorating the January 1991 barricades will be held today.

The Barricade Days date back to January 1991 when people flowed into the capitals of the Baltic states and erected makeshift barricades around strategic locations like the parliament and the national radio to protect them against Soviet troops that wanted to crush the Baltic nations' independence drive. Several people died during the Soviet special police force OMON attacks in Vilnius and Riga.

The 1991 Barricades in Riga, organized by the Popular Front of Latvia and built and manned by patriots from all regions of Latvia, were a unique example of non-violent protest.