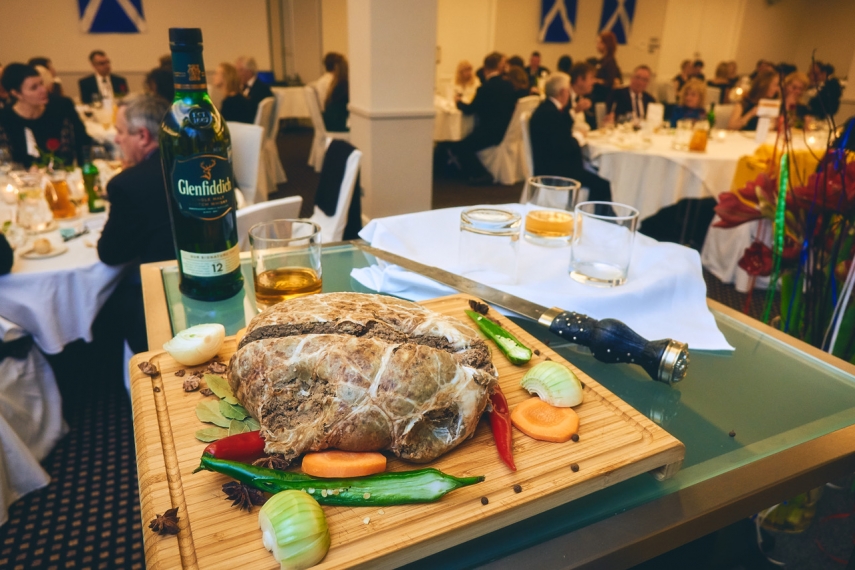 RIGA - On Friday, January 25, Scottish culture lovers around the world will celebrate the Scottish national poet's Robert Burns life and oeuvre. Burns Supper is one of the most outspoken annual Scottish traditions that brings together people around the world for more than 200 years. This year, British Chamber of Commerce in Latvia (BritCham) in honor of Burns Day will organize the 22nd annual charity ball "Burns Supper" on January 26 at 18:00 in the hotel Radisson Blu Daugava.

Burns Supper is a festive event full of traditions, which is organised according to a special program and is celebrated by Scots all over the world. Event scenario has remained unchanged for 250 years. Accompanied with the music of Scottish bagpipes, guests will be invited to a dinner, during which in the jolly atmosphere will be read Burns’s poetry and said Scottish humor and irony permeated speeches. The culmination of the event is a traditional Scottish dish - haggis - procession and degustation. The event is open to anyone interested, more information about participation opportunities can be obtained by contacting BritCham.

Burns Supper is traditionally designed as a charity event where cultural and entertaining activities are interspersed with donations for BritCham’s Charity Fund selected projects or organizations. Charity funds are collected from both the ticket fee and the revenue produced by the lottery and donations collected during the evening. The BritCham Charity Fund’s prime focus is to support orphanages and crisis centres for children - youngsters from age 0 to 20 who have lost their parents or supporters, have suffered from physical and emotional violence in Latvia – especially those in the regions of Latvia which are financially distressed.

On 21 July 1796, Robert Burns (1759-1796) died at the age of 37 and the world lost one of the greatest poets. At his death anniversary day Burns's friends gathered for the first holiday dinner to commemorate the poet's life and influence. Since then, Burns Supper has become a national festival and is celebrated at his birthday – on 25 January or in the nearest date. Robert Burns undoubtedly is one of the most significant personalities not only in Scottish culture, but also in the world. His poems had been translated in countless languages. In Latvia Burns's poetry had been translated by Ēriks Ādamsons, Ausma Aumale and others. R. Burns is the lyrics author of popular U.Stabulnieks's song "Walking through the rye”.

Initially, the charity theme was not included in the poet's memorial dinner, but nowadays it has become an integral part of the event. Annually during Burns Supper collected donations for charity purposes is ranging from 2 000.00 to 15 000.00 euros.