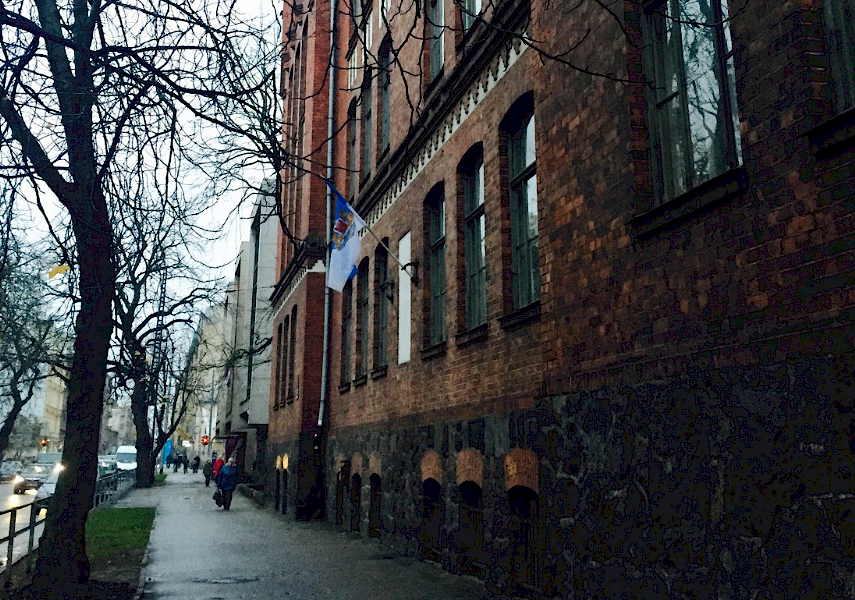 RIGA — As the refugee crisis continues, school teachers are getting worried about how they are expected to handle the intake of refugees in their classrooms.

The government has unveiled its action plan for how Latvia will take in up to 776 refugees over the next two years to meet refugee quota agreements made with the European Commission on Sept. 22.

But their plan for schools is unrealistic and does not include solutions to more immediate problems, say secondary school teachers expected to integrate refugees into the Latvian education system.

That was hard enough, he tells The Baltic Times.

At sixteen years old, the boy can barely read or write and does not speak any Latvian or English, he says. Integrating him has been a “huge challenge,” and there are few options available for him to succeed.
Sevcenko worries for the boy’s future. The boy’s government funds expire in six to nine months. He does not know what the boy will do.

That is just one refugee. Under the government’s action plans to accommodate up to 776 refugees, schools like Sevcenko’s will be placed in an awkward position, expected to do much of the integration legwork but with limited means.

It comes down to a question of who is prepared to give funding, and the government’s credentials look dubious, he warns.

The Ministry has claimed that “all education for refugees is covered by the state, the same as it is for local children,” but how and when this coverage will be dispersed was not clear to Sevcenko, who believes plans still look strikingly ad hoc.

The school simply does not have the luxury to provide the “special teaching programs,” described in the agreement, he warns.

The refugee intake, with the first refugees expected to arrive over the course of this winter, comes at a time when schools are expected to do more with less. The government is cutting back on education in its 2016 budget proposal, slashing its education allocations from 5.4 per cent of GDP to 5.2 per cent — part of its rummage for funds to meet NATO defence spending commitments in the face of Russia ramping up its military activity in the region.

In response, Latvia’s Education and Science Workers Union has promised a one day warning strike on Nov. 27.

When it comes to the education of refugees, NGOs, already overstretched, are being called in to fill the void.
“Churches and NGOs will have to step in,” said Ojars Kalnins, an MP and chairman of the EU affairs committee in Latvia’s parliament, the Saeima.

Four more refugees are expected to attend Rigas Natalijas Draudzinas Secondary School this year.
In addition to the agreement made with Rigas Natalijas Draudzinas Secondary School, The Ministry of Education and Science has also made an agreement with Riga Ukrainian school this year, according to Iveta Zarina, a ministry spokesman.

She stated: “In total eight schools have gathered experience in teaching refugees during the last three years in Latvia.”

She added: “Teaching Latvian to refugees arriving to Latvia indeed is the highest priority for Latvian government and people, therefore every person arriving to Mucenieki refugee camp will receive a three month (120 academic hours) intensive course in Latvian.”

She did not specify when this will start. Currently no such course is in place at Mucinieki.

Those staying at Mucinieki, which is named after the remote village in which it is situated outside of Riga among heavy forestry, spend most of their time without much access to language learning before their applications are processed, meaning their life in Latvian society begins with a juggling act of language learning and job applications. This would provide little time or means for refugees to help make sure their children are well adjusted at Latvian schools.

This learning course, when it appears, will give basic knowledge and practice to enable refugees to communicate in our country, Zarina says. “It will also enable children to get prepared for further education at Latvian schools, which all teach Latvian language as (the) official language of the country.”

However, this plan is no different from its umbrella funding scheme – a EUR 16 million budget for a tentative action plan for the admission of refugees in Latvia.

While both look good on paper, they are difficult to implement when resources are scarce, and nobody is clear on who is picking up the tab.

The costs of the admission scheme have already been criticized by, among others, Welfare Minister Uldis Augulis, who told Latvian Television last Wednesday that the current plan tries to encompass everything that has not been done in preparing Latvia’s capabilities for admitting asylum seekers until now.

The prime minister, Laimdota Straujuma, is aware of these struggles. But on Monday she cited a different reason for ruling out Latvia taking in more refugees than it has currently agreed upon. Following the Cabinet of Ministers extraordinary meeting on Monday, she said that it was no longer possible for Latvia to admit more refugees until the EU’s external borders were tightened and the migrant flows crossing the Mediterranean from the Middle East and Africa were brought under control. She did not name these countries, but noted that Latvian external borders are being protected.

Her remarks came just days after the terror attacks in Paris last Friday, which will make refugees’ assimilation even more difficult.

Though Straujuma noted that “refugees and terrorists should not be mixed up,” she acknowledged that tension is high in the wake of the Paris terror attacks that left about 130 people dead and more than 300 injured.

The attacks targeted restaurants, a concert hall, and a sports stadium in Paris on Friday evening. France has declared a state of emergency and closed the country’s borders.

Straujuma rejected a possibility to close borders between the EU members. “I do not support closing internal borders; I do not think terrorism will decline if we close the border with Estonia and Lithuania,” she said.
However, since the Islamic State militant group has claimed responsibility for the terror attacks in Paris, NGOs are concerned that refugees will bear the brunt of resentment for the attacks, as suspicions grow that terrorists in the Islamic State used the migrant trail to get into the EU and attack Paris.

Sevcenko explained that popular skepticism about the truth of some refugee stories due to the difficulties faced by refugees in proving their identities stokes these fears inside and outside the classroom.

To avoid too much of a culture shock, refugees should be informed before they arrive about what they should expect in this small Baltic country of 2 million people, Latvia’s ex-president Vaira Vike-Freiberga said in an interview with the Latvian public radio on Tuesday.

She stated that she wants Latvia to be an example for other countries, including its refugee admission process. She said that the refugees should be told that they will have to learn the language which just a very small part of the world speaks.