Scenario of Zapad drills was oriented towards aggression, not defense 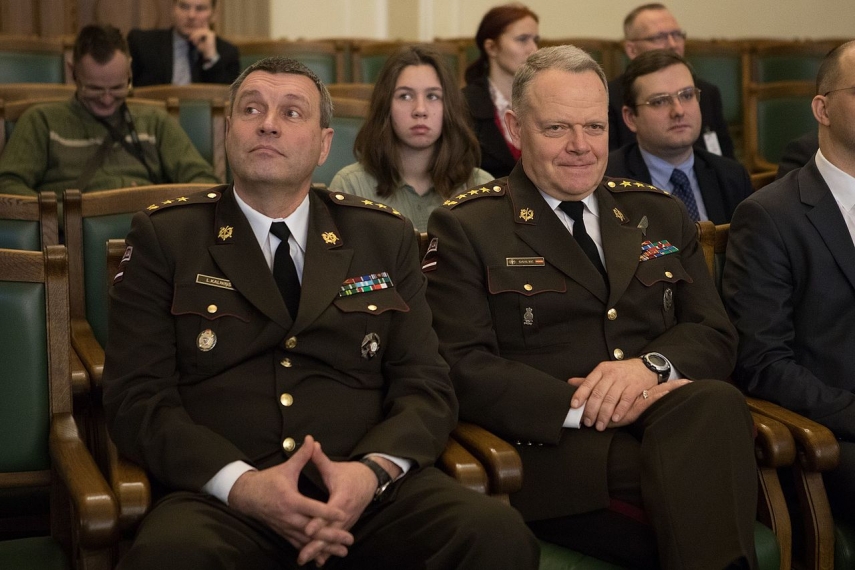 RIGA - The scenario of the joint Russian-Belarusian military exercise Zapad 2017 was oriented towards aggression, not defense, the Latvian Chief of Defense, Lieutenant General Leonids Kalnins, said in an interview with Latvian Television this morning.

He noted that the recent maneuvers in Russia and Belarus took place as expected. It can be said with certainty now that Russia conducted massive military maneuvers quite close to the Baltic states’ borders, training the mobility of its forces, as well as a scenario focusing on aggression, not defense.

The Latvian chief of defense added, however, that more extensive conclusions about the Zapad exercise are yet to follow.

The active phase of the Zapad 2017 military exercise lasted from September 14 to 20. LETA was told at the Security Police that a number of military simulation games were reported in Latvia during the Zapad exercise in Russia and Belarus, but upon examination they were not found to have posed risks to Latvia’s national security.