Sanctions against Russia and Belarus should be increased - EP president 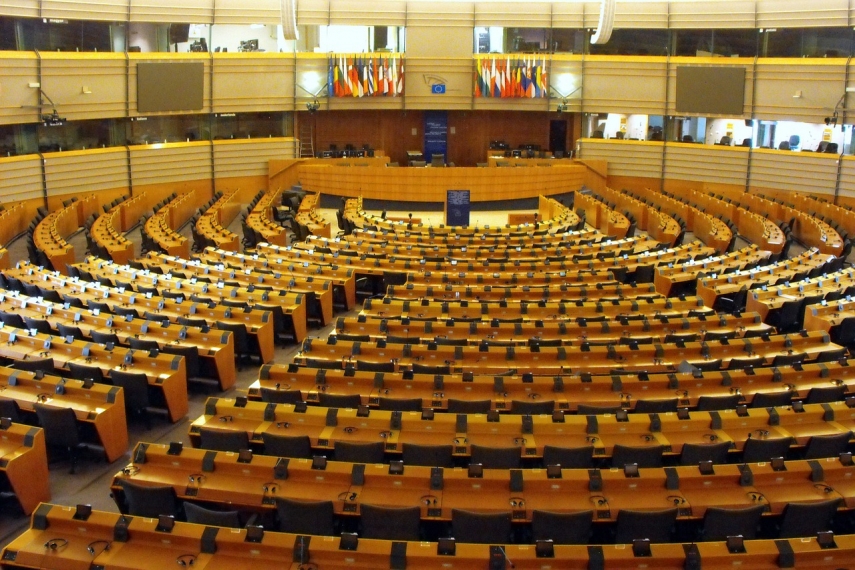 The EU also demands military support to Ukraine, especially in supplies of anti-missile systems and heavy weaponry. "It is necessary if we wish Ukraine to win this war," she said.

Metsola also said that the European Parliament demands that Russia's representatives who have committed war crimes in Ukraine are held responsible.

Support to Ukraine is the priority both in the Latvian Saeima and the European Parliament, both politicians concluded. Also, both parliaments support Ukraine's way to the EU.

Murniece underscored that only complete defeat of Russia and absolute victory of Ukraine can bring sustainable peace in Europe. The EU member states recently agreed to train 15,000 Ukrainian troops, and Latvia has already engaged in this intitiative.

Metsola and Murniece during their meeting discussed also security situation in the Baltic states and Latvia, strengthening the internal and external security, including by fighting disinformation.

Both politicians discussed energy issues. Metsola said that the countries together may reduce the social and economic consequences of the crisis and reduce the rising energy prices.

The officials also discussed Rail Baltica project, which is important both for residents, and in military transportation context.

The countries should think how to further support Ukraine, promoting its renovation and punishing Russia for the war crimes, said Murniece, adding that Latvia supports establishment of such tribunal. "It is clear that Ukraine should play the leading role in this tribunal,":  said Murniece.

Murniece also underscored that Latvia as a NATO border country with Russia is defending democracy in Europe.

As reported, Metsola is on an official visit to Latvia on October 26-28.