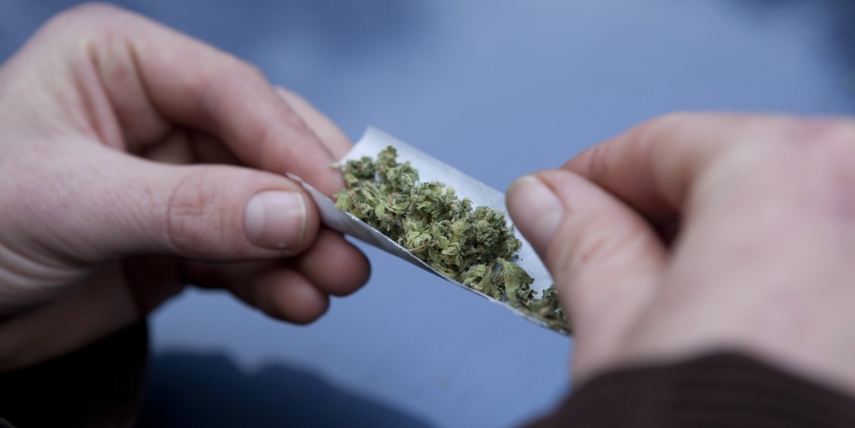 An online petition calling for the decriminalisation of marijuana has been put to the Saeima [Image: huffingtonpost.com]

On June 17, 2015, The Latvian Saeima’s Mandate, Ethics and Submissions Committee deemed it necessary to obtain opinions from experts in the healthcare sector and Interior Ministry, in order to decide whether to decriminalise marijuana.

During the meeting, MP Raivis Dzintars of the National Alliance party, wanted to nip the discussion of decriminalising marijuana in the bud, and urged the Saeima to immediately dismiss the initiative.

“We must give a clear signal to Latvian society, that we do not wish to perform this experiment on our children,” said Dzintars.

However, his suggestion was countered by other deputies who suggested it necessary to hear opinions from the healthcare sector and Interior Ministry when discussing the issue; a proposal put forward by Vitalijs Orlovs, Harmony MP and chairman of the of the Mandate, Ethics and Submissions Committee.

The decriminalisation proposal is the result of an online petition on manabalss.lv and was proposed to the Saeima on June 1.

The 10,373 signatures on the petition were recently checked by the Office of Citizenship and Migration Affairs.

It found 256 were invalid as they were provided with false personal identity codes, while another 748 were signed by residents under the age of 18.

Among regular consumers, concerned citizens and sufferers of arthritis signed the petition, which calls for the abolition of penalties for smoking marijuana, as well as the decriminalisation of growing and possessing small amounts of the drug for personal consumption among users aged over 18 years-old.

At present, should a user be caught smoking marijuana in a public place in Latvia, they could be faced with prison charges; something the petition wishes to reduce to an administrative fine.

Furthermore, they would like to allow for the growth of no more than two-to-three plants for personal use, and the storage of 20-30 grams of fully processed marijuana in the home.

Further proposals included the personal storage of 200-300g of untreated marijuana, and allowing users to carry up to 5g on their person.

Latvia is the first of the Baltic States to propose the decriminalisation of marijuana to a parliament.

However, Latvian deputies are so far skeptical toward the initiative, and Latvian pharmaceutical companies also expressed strong objections to decriminalise or facilitate the free turnover of narcotics in Latvia.

Ana Cudovska, a spokesperson for the Pharmacists’ Society of Latvia, added the youth population’s interest in soft drugs would only grow should marijuana be decriminalised.