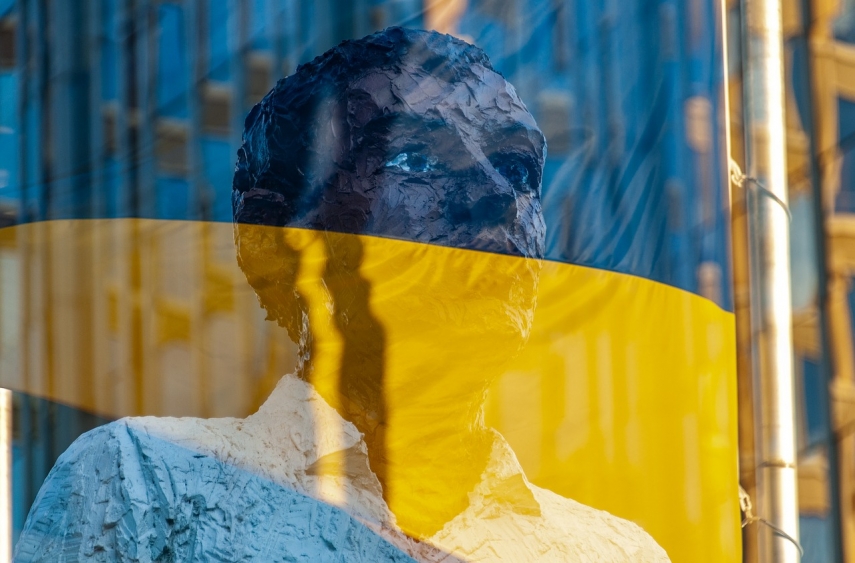 He said that the visit of the Baltic and Polish presidents in Ukraine was the first visit of states of heads to Ukraine since the start of the war. The presidents visited Borodyanka and other places where consequences of the war could be observed.

Levits said that residential houses were burned down, roads and buildings were mined to cause as large damage as possible.

"It was very difficult to see all that. The Russian army is not succeeding, the Ukrainians are resisting bravely, therefore the Russian have chosen the tactics of terror against local residents," the president said.

Levits said that Russia has not succeeded with its initial plan to conquer Kyiv in several days. Now, according to Levits, Russia has changed its plans towards the east and is preparing for new attacks.

During the meeting with Ukrainian President Volodomyr Zelensky, the Baltic and Polish presidents discussed a number of issues. One of the main issues was weapons that Ukraine needs already now to continue its resistance.

"Ukraine needs not only light, but also heavy weaponry. I would like to add, that proportionally, the Baltic states and Poland are providing considerable military help to Ukraine, considering how big our countries are and what our military capacities are. The Ukrainian president thanked Latvia, Lithuania, Estonia and Poland for our support," said the Latvian president.

Levits and Zelensky discussed grain export, which is not possible right now because Ukraine ports cannot be used during the war. Levits said that Ukraine is one of the largest grain exporters in the world, and many countries in Africa and Middle East depend on Ukrainian grain export. Also, grain export is a huge part of Ukrainian economy.

"We discussed Ukrainian grain export through the Baltic and Polish ports, especially through Latvia's ports - Riga, Liepaja and Ventspils," the president said.

The presidents also discussed relations with Russia. Levits said that it is clear that Russia is committing war crimes in Ukraine. The president noted that two international processes have been launched against Russia - at International Criminal Court in the Hague and International Court of Justice.