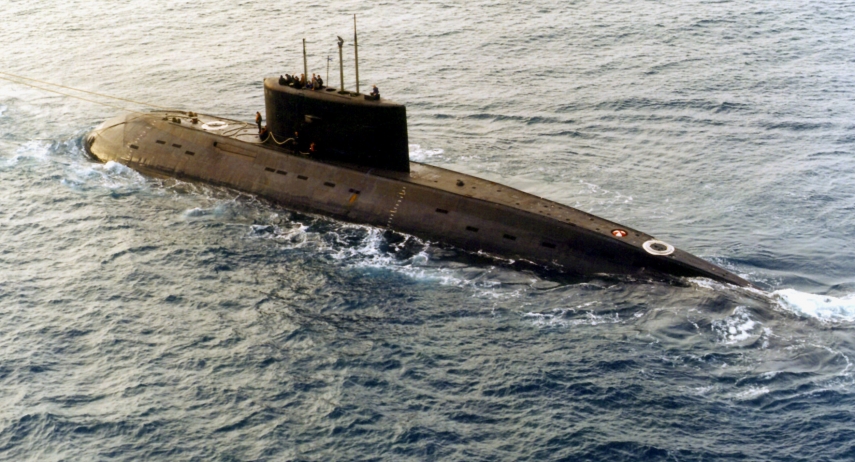 A Kilo class submarine like this one was detected on May 20 (Image: Wiki)

On the morning of May 20, the Latvian Armed Forces detected a Kilo class submarine and hydrographic survey vessel belonging to the Russian Navy 10 nautical miles from Latvia’s territorial waters in the Baltic Sea.

In 2014, military air and naval craft were detected over 250 times near Latvia’s border, 50 of which included Russian warships approaching Latvia’s naval maritime borders.

On May 18, a Russian military transport plane, either an Ilyushin il-76 or an Antonov An-72 was spotted flying close to Latvia’s borders over the Baltic Sea by Latvia’s military.