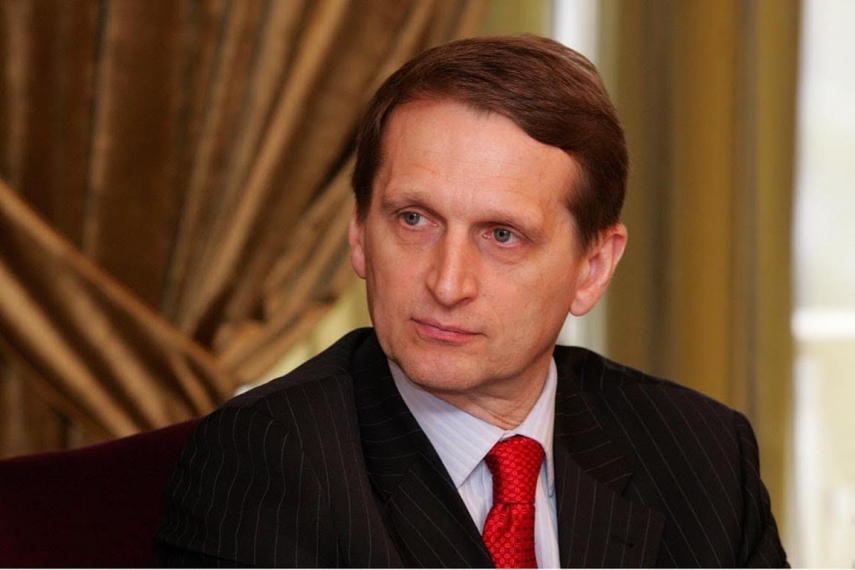 During the programme, Naryshkin acknowledged Estonia, Latvia and Lithuania are sovereign and independent countries, but underlined Latvia must resolve the non-citizen issue and bring a halt to “glorifying Nazism.”

According to Latvian law, non-citizens are individuals who are not citizens of Latvia, but are citizens of the former Soviet Union.

They possess neither Latvian nor other citizenship, but still reside in the country and have the right to a non-citizen passport from the Latvian government.

The non-citizen issue has been equated to the problem of statelessness by the OSCE Parliamentary Assembly and Amnesty International.

Naryshkin’s reference to the glorification of Nazism is Remembrance day of the Latvian legionnaires on March 16, which sees Latvians who fought in the Latvian Legion of the Waffen SS commemorated.

When asked what steps Moscow would be ready to take to improve relationships between Russia and the Baltic States, Naryshkin responded it is “always ready for dialogue.”

He also said the Russian military is not active in East Ukraine, and criticised the fact Russia was denied voting rights at the Council of Europe.