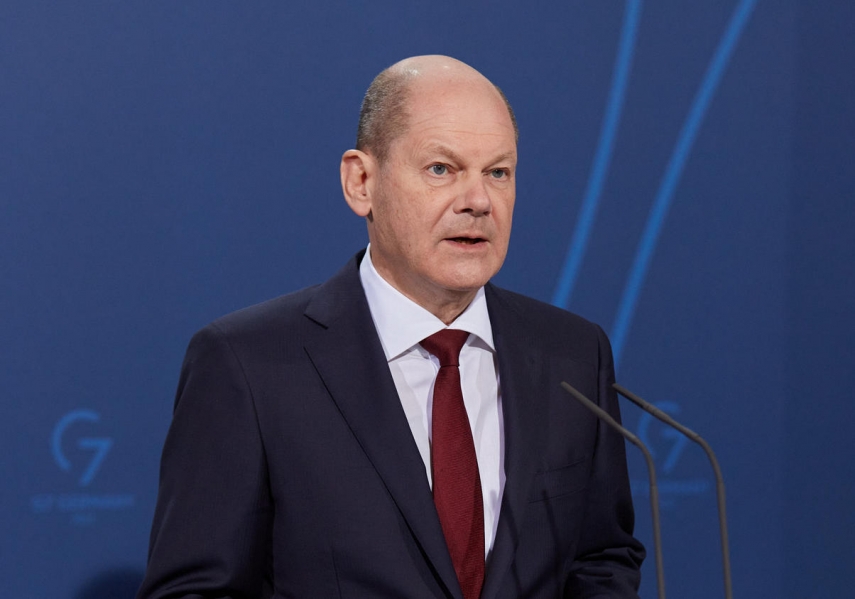 VILNIUS - The West will not accept peace terms dictated by Russia and it will have to withdraw its army from Ukraine, German Chancellor Olaf Scholz said in Vilnius on Tuesday.

"We will definitely not accept a peace dictated by Russia, we will not accept such a peace. It is, therefore, very important and clear to us that the result of this military situation will be that Russia will have to withdraw its troops and that Ukraine will defend its independence," he told a press conference in Vilnius.

"What Putin has achieved is that NATO has become even more united, that NATO is further strengthening its capabilities, and we are strengthening NATO's eastern flank near the Baltic Sea, and that Sweden and Finland have decided to become NATO members. So this is what Putin's military aggression has achieved: we are becoming even stronger", the German chancellor said.

Since Putin has not succeeded in seizing the whole of Ukraine, he is continuing his brutal war and trying to achieve something, Scholz said, adding that the sanctions imposed on Russia would also have an effect as they would set the country's economy back decades.

Meanwhile, Lithuanian President Gitanas Nauseda says the West's effort to "save Russia's face" is hard to understand because "then we are acting inconsistently towards ourselves".

"When we say there must be a decisive and united response to Russian aggression, we ourselves are trying to get to Putin through the back door, to talk to him, to persuade him, to plead with him, and so we are legitimizing him in a way", he said during the press conference, asked about the attempts by some Western leaders to talk to the Russian president.

Estonian Prime Minister Kaja Kallas insisted it was important to talk to and help Ukraine, not Russia.

French President Emmanuel Macron, who is in telephone contact with Putin, has urged European leaders to avoid humiliating Russia. Meanwhile, ex-US Secretary of State Henry Kissinger and some Western politicians have said Ukraine should cede part of its territory to Russia to end Moscow's invasion.