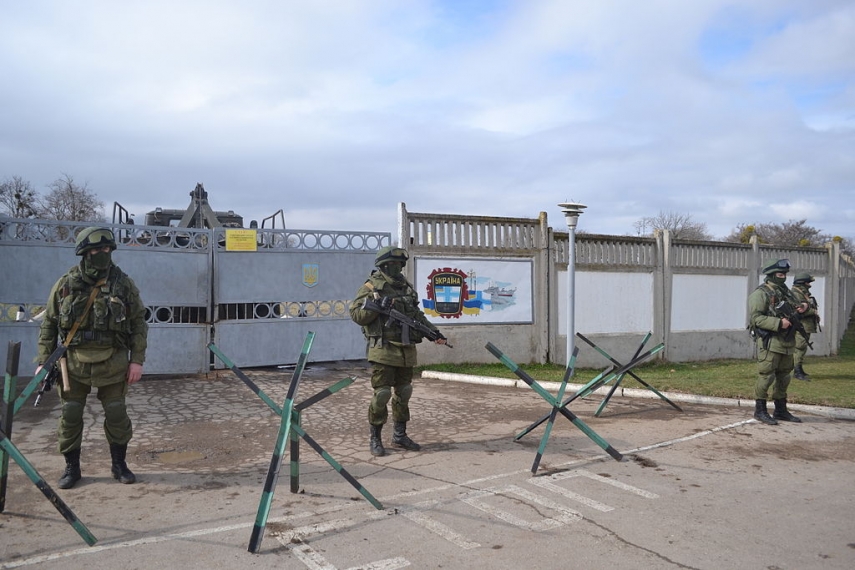 Last month marked the first anniversary  of Russia’s illegal annexation of Crimea. Yet instead of a restoration of Ukrainian sovereignty, instability has spread. Russian-backed separatists have seized territory and sown unrest in eastern Ukraine. Russian diplomats have hinted at deploying nuclear weapons to Crimea. And back in Moscow pro-democracy leader Boris Nemtsov was gunned down in the shadow of the Kremlin. Instead of upholding the rule of law, Russia is upending it.

This disregard for international norms has led a chorus of Ukraine-watchers to speculate that the Baltic States ‘could be next’. But the cacophony of alarm bells risks striking the wrong chord. Let’s cut through the background noise and set the record straight.

NATO has taken robust action with our allies to safeguard our security. At the NATO Summit in Wales we pledged to create a new 5,000-strong ‘Very High Readiness’ Joint Task Force – with elements deployable within 48 hours – to spearhead the existing NATO Response Force, itself tripled to 30,000 troops. And we agreed to immediately increase air policing, maritime patrols and training exercises in the Baltic region, and establish new ‘National Force Integration Units’ in Estonia, Lithuania, Poland, Romania, Bulgaria and Latvia, to facilitate swift deployments. This was, in the words of NATO Secretary-General Jens Stoltenberg, “the biggest reinforcement of our collective defence since the end of the Cold War.’’

These measures have not only bolstered Europe’s eastern flank, they underline NATO’s relevance in the 21st century and its importance to Latvian national security. There is no imminent military threat to Latvia, NATO or the EU. Latvia is an active and fully integrated member of the world’s leading military alliance and its foremost political-economic union. Comparisons with Ukraine are both misleading and dangerous. But military posture is only part of the picture. In Crimea and eastern Ukraine, Russia has waged a hybrid war, blending conventional strategy with covert operations, and backed it up with aggressive diplomacy and media spin. Only last month Russian TV aired footage of President Putin admitting that the Crimea plot was hatched before the independence referendum, exposing earlier denials.

The complex nature of this threat demands a multi-faceted response. Measures to counter information, economic and cyber attacks must be part of the security toolkit. Early-warning systems should be recalibrated to better detect paramilitary attacks. And we must be ready to respond to hostilities at a threshold lower than what we are accustomed to.

Some of these tools are in place, such as reinforced national cyber defences, economic and financial sanctions, and the Riga-based NATO Strategic Communications Centre of Excellence. In Latvia we face daily false claims that our Russian-minority is discriminated against. As any visitor will confirm, Latvia is an open and tolerant society where diversity is not only protected, but celebrated. For example, the state finances education programmes in seven minority languages, including Russian. And in a Eurobarometer survey 68% of respondents in Latvia think that ethnic discrimination in Latva is non-existent or infrequent while the EU average is only 39%.

Other steps, like the proposal to create a new EU Energy Union and ease Europe’s long-term dependence on Russian gas, are in the pipeline. So too is the pledge to reverse falling defence expenditures and commit at least 2% of GDP to defence. This must be a genuine target, not a false fantasy.

The key to this multi-pronged strategy is effective international cooperation, including greater NATO-EU coordination, and an integrated approach where our instruments work in harmony – where a full ensemble resonates, an out of tune concerto will fall flat. Above all, our security depends on a cast-iron commitment to NATO’s principle of collective self-defence and an enduring transatlantic link.

Russia’s behaviour has already cost thousands of lives and endangered peace in Europe. The actions we are taking in partnership with our NATO and EU allies are making our countries safer. But let’s be clear that the threat is not just to  regional stability. The threat is  to global stability and the rules-based system that we previously took for granted. We must stand firm in defence of it.

The writer is the Republic of Latvia's Minister for Foreign Affairs

Are the climate kids right?