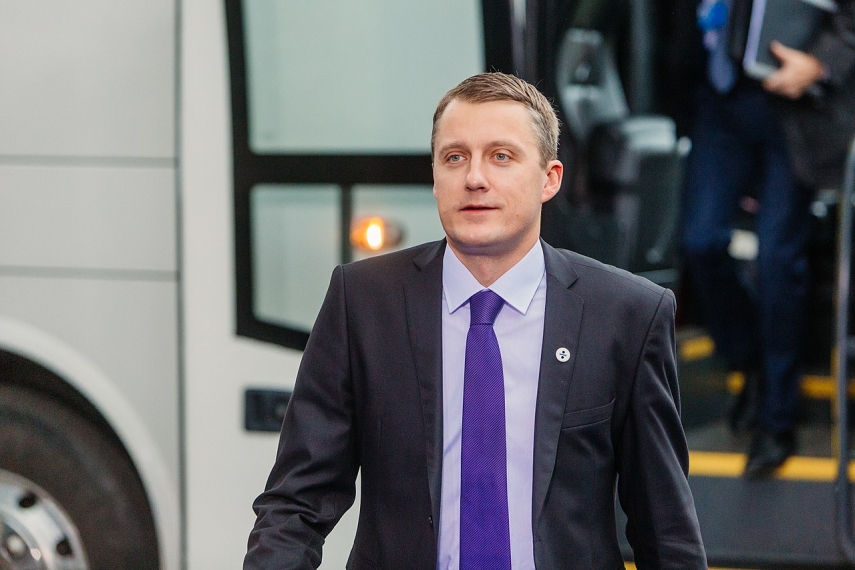 VILNIUS - With Lithuania taking steps to block electricity imports from Belarus' Astravyets nuclear power facility, Energy Minister Zygimantas Vaiciunas is convinced that Russia and Belarus will make special efforts to circumvent these barriers to export the plant's electricity to the Baltic countries.

"We have a law that bans purchases from the moment the Astravyets nuclear power plant is launched, if it is launched. Under the current regulatory regime, the Baltic countries may purchase electricity from Belarus only via Lithuania. That are no legal and regulatory instruments on the Estonian and Latvian borders to make that trade possible," Vaiciunas said on Ziniu Radijas on Tuesday.

However, the regime may be changed, the minister said.

"These things may change and I've no doubt that huge, desperate efforts will be made in search of possibilities for electricity to get access through Latvia and Estonia. Naturally, this will be done, but we'll see what decisions will be made," he said.

According to Vaiciunas, Belarus risks losing large sums of money after putting its first nuclear power plant on stream.

Vaiciunas did not rule out that Russia might put pressure on Vilnius regarding Astravyets electricity purchases as Lithuania will synchronize its grid with Europe and disconnect from the post-Soviet BRELL ring.

The minister added, however, that it would be irresponsible to speak about cutting off transmission lines with Belarus now.

"Infrastructure projects are underway to connect us with Europe to allow us to disconnect from Russia and Belarus. Disconnecting the lines (with Belarus) right away is not a responsible approach, because that would undermine our security and is not allowed under the same 'anti-Astravyets' law, which says clearly that we can't disconnect more lines than it is safe for us," he said.

According to the minister, Lithuania is taking additional measures to prepare for all possible blackmail scenarios.

It was reported on Monday that Belarus had pushed back the date of the launch of the Astravyets plant's first reactor until next fall. Minsk said earlier the first reactor would be switched on in May or June 2019.