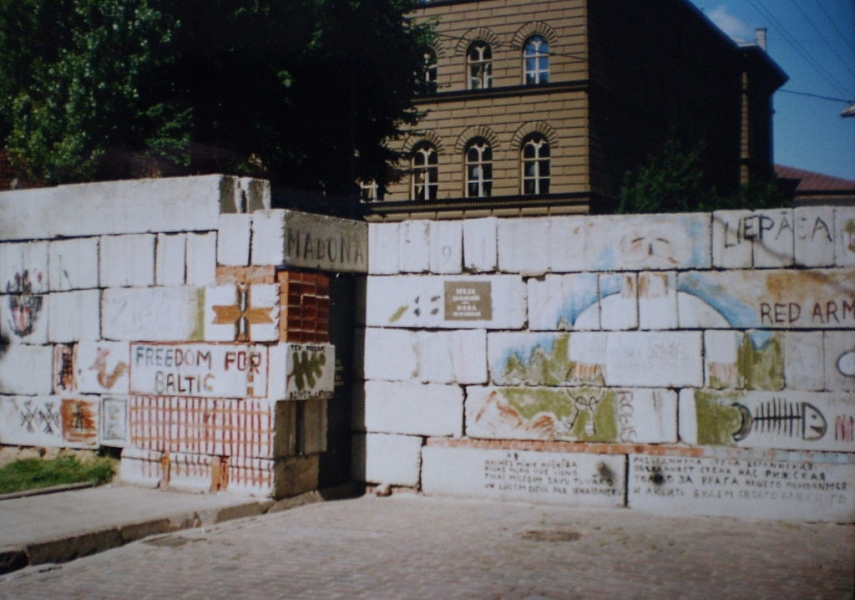 RIGA - The Latvian ruling coalition on Monday agreed to let the children of cameraman Andris Slapins, who was killed in the 1991 Barricade Days when the Soviet authorities were trying to crush Latvia's independence drive, to keep the Latvian citizenship in addition to their Russian citizenship, said Raivis Dzintars, the chairman of the National Alliance.

He said that the National Alliance had proposed to make an exception and let Slapins' children keep the Latvian citizenship and the coalition had raised no objections.

As reported, two years ago the Latvian government headed by Prime Minister Laimdota Straujuma (Unity) rejected the request by Slapins' children - daughter Anna (32) and son Andris (26) - to let them keep the Latvian citizenship under the double citizenship arrangement.

After Slapins was killed in Riga while filming the attack of the Soviet special orces on the Latvian Interior Ministry, his Russian wife moved to Moscow in 1994 and got the Russian citizenship for her children.

Under the Latvian Citizenship Law, the Latvian citizens by birth with Russian as the second citizenship are not allowed to keep double citizenship after their 25th birthday, therefore in November 2014 Anna and Andris asked the Latvian government to make an exception for them.

Nevertheless, the Latvian government in November 2015 decided to reject their request.

Based on this decision, the Latvian Citizenship and Migration Office in January 2017 decided to annul the Latvian citizenship of both Slapins' children, who appealed against it to the court, and the Administrative Court sitting has been scheduled for February 8.

In 2010, Slapins was posthumously awarded the Order of Viesturs for special merits in defending Latvia's independence, and the then Latvian president, Valdis Zatlers, handed the order to Slapins' son Andris in an official ceremony attended also by the widow.

During the Barricade Days in January 13-27, 1991, people flowed to the Latvian capital Riga and erected makeshift barricades around strategic locations like the parliament and the national radio to protect them against Soviet troops that wanted to crush the Baltic nations' independence drive.

On January 20, 1991, the building of the Interior Ministry was attacked by the Soviet special police force OMON. Five people were killed in the attack, including pupil Edijs Riekstins, Interior Ministry officials Vadimirs Gomonovics and Sergejs Kononenko, and cameramen Andris Slapins and Gvido Zvaigzne, who were filming the shootout.