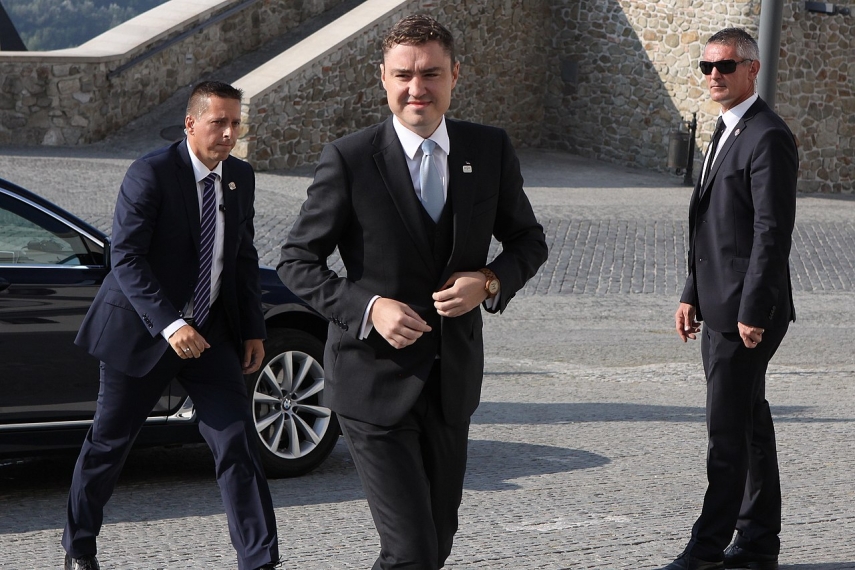 TALLINN – There are no prerequisites for the new Juri Ratas government, which has attracted criticism both at home and abroad, achieving a normal work atmosphere, former Estonian prime minister Taavi Roivas from the opposition Reform Party said on social media.

"Each new week brings new expressions of rudeness, new blows to the reputation of Estonia and new dissatisfaction. It's absolutely  clear that a government which has started off this way can never have a normal working atmosphere. The sooner this horror ends, the better for Estonia," Roivas said in a post titled "Our Security and Economic Success both Depend on Estonia's International Reputation."

"Estonia has been built for almost 30 years, brick after brick, as a successful reformer and a digital state unique in the entire world. We are known as someone who fulfills agreements and criteria and as a producer of quality goods and services. That a small country of 1.3 million people is known for its IT success story all over the world is anything but taken for granted," Roivas said.

"Behind it lies consistent work of hundreds, even thousands of people," he said.

"In the past week, Estonia again attracted the interest of most of the more important international media and long stories about us were published. They were not, however, the already customary stories of praise about e-residency or a smart digital state. They were about Estonia having joined the extremist club and members of the government who make racist and anti-European statements."

"Politico, which wields enormous influence among European decision-makers, put it very bitterly and very precisely: Estonia might become a textbook case of how to throw away a country's reputation. The same story (a summary of which was published also in  Estonian by Delfi) described the prime minister of Estonia as someone who is clinging to power at any price," Roivas said.

"As someone who meets hundreds of Estonian people all over the country every day as part of campaigning for the elections to the European Parliament, I can say with very great confidence that dissatisfaction with what is going on at Toompea now is much bigger than is shown by any rating or survey. Also the Center Party's committed supporters are grabbing their heads with both hands and sparing no colors describing what is going on. People are angry and sad at the same time."

"Juri Ratas promised that his government will not turn anything on its head, yet they have done it already, in less than a week. Both the reputation of Estonia internationally as well as Estonian people's peace of mind have been turned on their heads. It just can't be helped -- the talk about the need to calm down the society sounds hollow, and outright pathetic each time after Helme opens his mouth for another piece of verbal spatter," Roivas said, referring to the Estonian Conservative People's Party (EKRE) and its leaders Mart and Martin Helme.

"The first week in office has demonstrated that inclusion in the government has made the rhetoric of EKRE ruder still and -- what is also important -- given also international attention to the rude expressions of new ministers. There is only one way how Ratas can calm down the society and start restoring the reputation of Estonia -- by showing EKRE the door and beginning negotiations on the formation of a government alliance that is better consistent with the society's expectations."

"Isamaa, whose representatives in councils and in the European Parliament will never be taken seriously as long as they serve as the voluntary guarantor of the import of ranting and divisive extremism, of course has the possibility to pull the emergency brake as well," Roivas added.