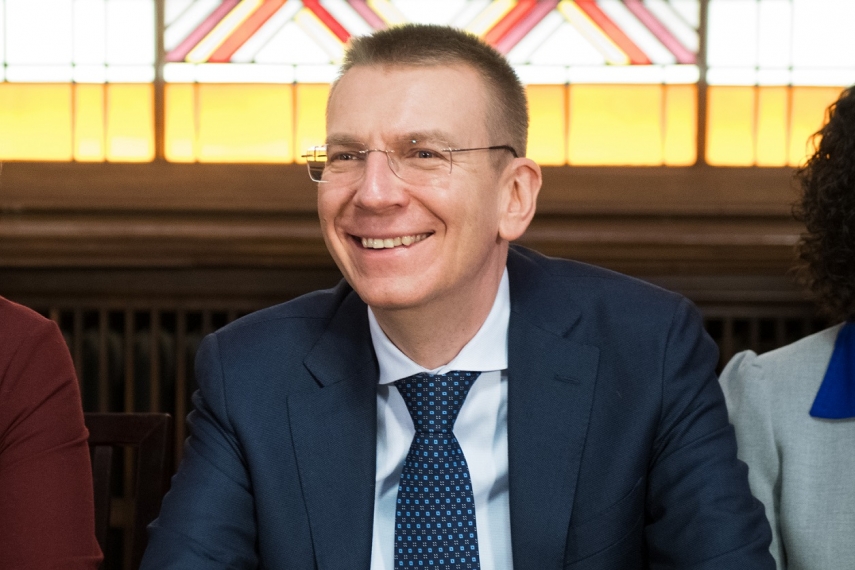 RIGA – While taking part in a session of the UN Human Rights Council, Latvian Foreign Minister Edgars Rinkevics (New Unity) voiced concerns about increasing threats to journalism and freedom of expression, LETA was told at the Foreign Ministry’s press office.

In his address to the UN Human Rights Council, the Latvian foreign minister condemned the countries that deny the Office of the UN High Commissioner for Human Rights unrestricted access to monitoring compliance with international human rights norms.

“On a number of occasions, the UN Human Rights Council has been alerted about the refusal of several states to allow the Office of the High Commissioner for Human Rights unrestricted access to monitoring respect for international human rights. However, the facts documented by the OHCHR through remote monitoring clearly testify to the deterioration of the human rights situation in Crimea, Abkhazia and South Ossetia,” Rinkevics said.

The minister pointed out that the UN Human Rights Council should be able to condemn human right violations as soon as they occur, and he called on those who have control over the regions of Crimea, South Ossetia and Abkhazia to the ensure unrestricted access for the OHCHR to these territories for the assessment of the human rights situation. At the same time, Rinkevics confirmed that Latvia would continue supporting civil society and its role in the protection and promotion of human rights.

Both at the UN Human Rights Council and in the conversation with High Commissioner Michelle Bachelet, the Latvian foreign minister expressed concern over the increasing threat to journalism and the freedom of expression.

“Increasingly often, journalists are facing persecution and threats to their lives. This is evidenced by the grim statistics for 2018, when 54 journalists lost their lives. Latvia strongly condemns any restrictions on journalists’ freedom, especially violence against them,” Rinkevics said.

At the same time, the minister condemned the murder of the journalist Jamal Khashoggi in Turkey last year and he underlined that the trial should be transparent and perpetrators should be held accountable