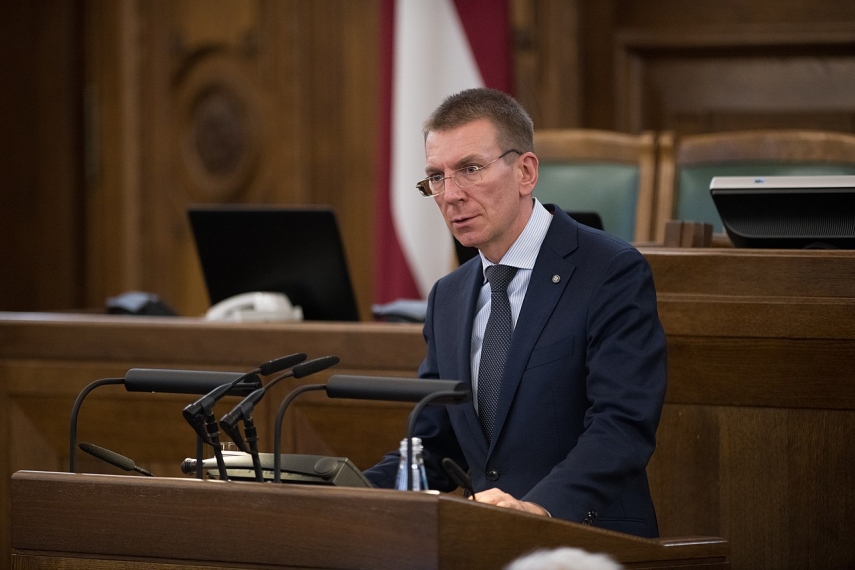 RIGA - On May 30-31, Latvian Foreign Minister Edgars Rinkevics takes part in the Eastern Partnership Conference held by the Baltic Assembly in Vilnius, and he will deliver remarks in a discussion titled “Eastern Partnership: A Window of Opportunity in 2025-2028 to build European Perspective for EU Association Countries during EU Presidencies of Poland, Lithuania and Latvia”, LETA learned from the ministry.

The conference will bring together participants from the Eastern Partnership countries, members of EU Member State parliaments and governments, diplomats, researchers, and experts.

The Baltic Assembly (BA) is an international organization for cooperation among the parliaments of Estonia, Latvia and Lithuania.

In 2019, Latvia is presiding at the Baltic Assembly. The priorities set by the Latvian presidency of the Baltic Assembly are a comprehensive approach to security and defense, the strengthening of interconnections of the Baltic States to Europe in the field of energy, transport and infrastructure, and developing a region of growth and competitiveness.