Rinkevics thanks outgoing U.S. ambassador for her personal contribution in strengthening bilateral relations 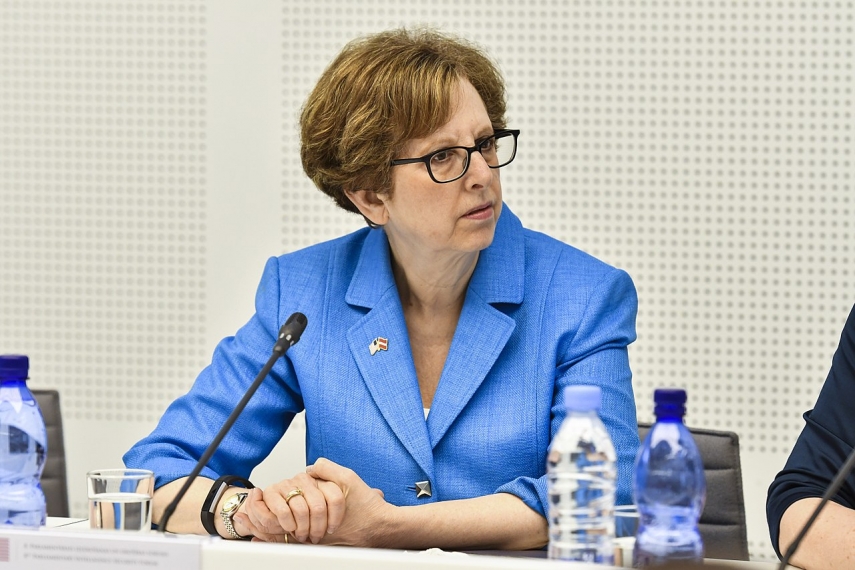 During the meeting, the minister praised the work of the ambassador, especially in defense cooperation and facilitating the increased U.S. military presence in Latvia, which has substantially improve the country's security.

Meanwhile, the ambassador pointed out to the intensive political dialogue between Latvia and the United States. During her term as ambassador, several high level meetings were organized, including the visit to Latvian by then U.S. Vice President Joe Biden in August of 2016, as well as the meeting between the Baltic president and U.S. President Donald Trump in Washington in April of 2018.

US Ambassador Pettit was accredited in 2015.

As reported, US President Donald Trump is planning to nominate career diplomat John Leslie Carwile as the next US ambassador to Latvia.