Rinkevics: We consider unacceptable any wish to ''punish'' British people for their choice 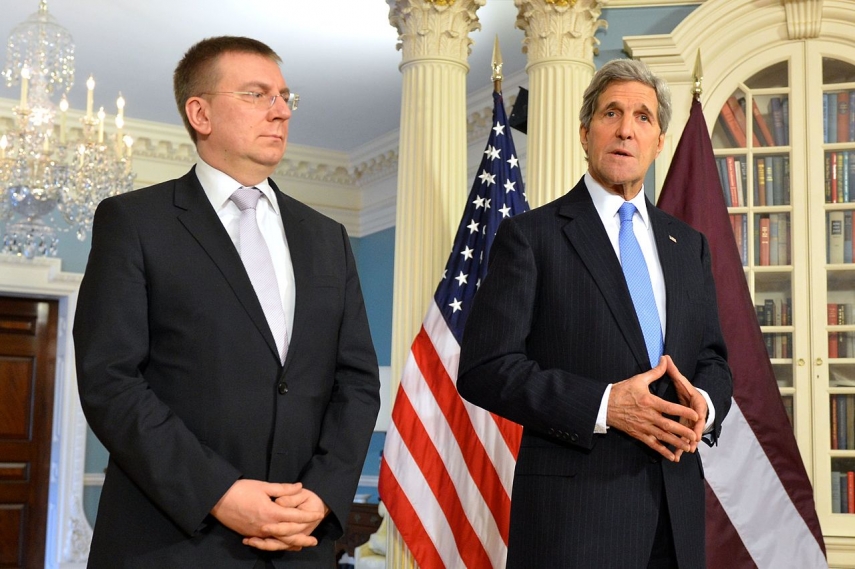 RIGA - We consider unacceptable any wish to "punish" the British people for their own choice, which the other EU Member States should respect, said Latvian Foreign Minister Edgars Rinkevics (Unity).

The Latvian Foreign Ministry reported that on February 7 in Brussels, Rinkevics, met with Michel Barnier, the European Commission’s Chief Brexit Negotiator, to gain an insight into the positions and principles followed by the European Commission and the United Kingdom concerning the conditions for exiting the EU.

At the meeting, the Minister thanked Michel Barnier and his team for their cooperation with Latvia, thereby helping create a positive, direct and constructive dialogue between the European Commission and Latvia as an EU Member State so that Latvia’s interests would also be considered and respected in the Brexit talks.

"Our interests lie in building close relations between the European Union and the United Kingdom in the future, based on the balance of the rights and duties of both sides," Rinkevics noted. The fate of Latvian citizens and non-citizens and the financial aspects of this process of "divorce" from the United Kingdom are important for us, just like further cooperation in economy, foreign affairs, security, and defense, emphasized the Foreign Minister as he outlined Latvia’s position.

Rinkevics also expressed Latvia’s support for the approach currently pursued by Michel Barnier and stressed the need for further ensuring unity among the 27 EU Member States in negotiations with Britain. "We consider unacceptable any wish to "punish" the British people for their own choice, which the other EU Member States should respect," said the Foreign Minister in conclusion.