Rimsevics features as suspect in one more criminal probe 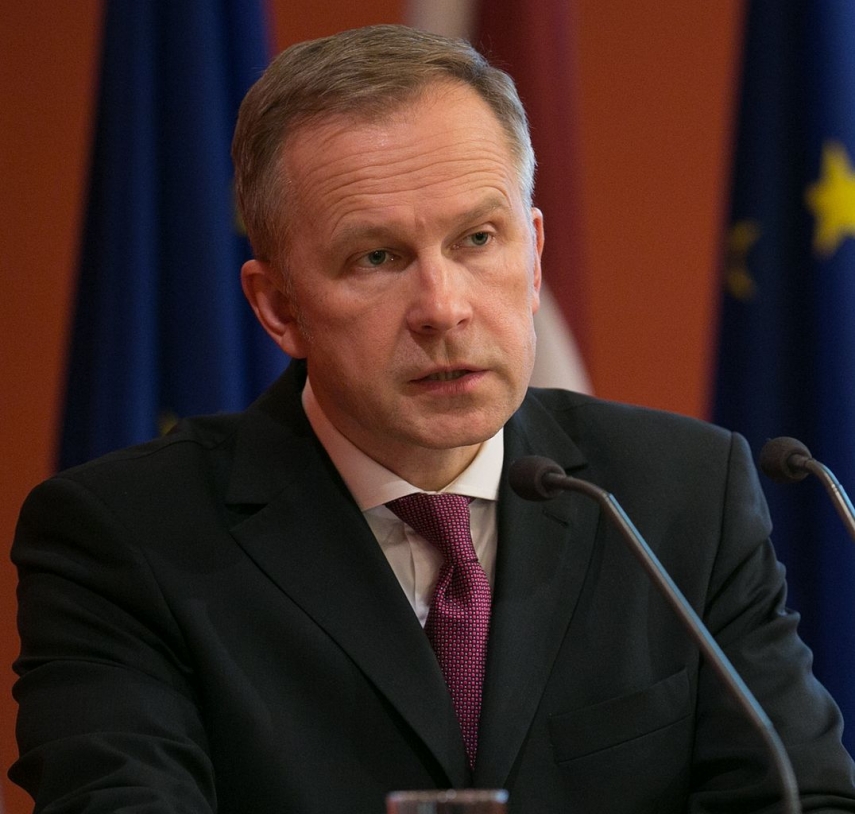 RIGA - Bank of Latvia Governor Ilmars Rimsevics features as a suspect in one more criminal investigation conducted by the Corruption Prevention Bureau (KNAB), according to LETA’s sources.

KNAB would not reveal what Rimsevics is suspected of and whether the case is linked to the shutdown of ABLV Bank.

Rimsevics’ lawyer Juris Grinvalds declined to comment on the case.

In March 2018, Latvian Television reported that KNAB had launched a criminal procedure based on an application filed by ABLV Bank’s representatives and that the criminal probe might be directly or indirectly related to the report by the Financial Crimes Enforcement Network (FinCEN) of the U.S. Department of the Treasury accusing Latvia’s ABLV Bank of involvement in international money laundering schemes and bribery. ABLV Bank’s managers have category denied the bribery allegations and have complained to several law enforcement authorities, including KNAB, following the release of the FinCEN report.

KNAB would not reveal what crimes the suspects are being probed for.

Rimsevics and Martinsons are also facing criminal charges in another criminal case, which initially was investigated by KNAB and has not been forwarded to the Prosecutor General’s Office. This past summer prosecution charged Rimsevics with graft and Martinsons with aiding and abetting graft.

The case’s supervising prosecutor Viorika Jirgena said then that the probe was started based on an application filed by two shareholders of Trasta Komerbanka, The prosecutor said that the two shareholders featured in the case as bribers but that would not be prosecuted as they had voluntarily reported the corruption case to law enforcement authorities.

Jirgena said that back in 2010 one of the shareholders had asked Rimsevics to help Trasta Komercbanka deal with issues concerning the Financial and Capital Market Commission (FCMC), promising to buy Rimsevics a trip to Kamchatka in return for his services. In 2012, this and another shareholder of Trasta Komercbanka again asked Rimsevics to help resolve issues with the FCMC. In that case, Rimsevics demanded EUR 500,000 as a reward which would be paid in two installments, one before and the other after the FCMC decision.

The prosecutor said that after the 2010 deal Rimsevics repeatedly provided advice to the Trasta Komercbanka shareholders on how to influence the FCMC’s decisions. Such consultations continued also after the 2012 deal, but although the Bank of Latvia governor succeeded in persuading the FCMC to take some decisions in favor of Trasta Komerbanka, the regulator also took decisions unfavorable to the commercial bank. According to the prosecutor, Rimsevics helped Trasta Komercbanka prepare answers to the regulator’s questions about the bank’s liquidity and non-resident clients.

Since Rimsevics failed to fully meet the shareholders’ demands, they only paid him EUR 250,000. Martinsions, who helped negotiate the illegal deal, received 10 percent of the bribe, which in the prosecutor’s words was given in cash.

After the two Trasta Komercbanka shareholders reported the case to KNAB, a probe was started in which Rimsevics and Martinsons were briefly detained and searched in February, Jirgena said. Until mid-June, when the case was sent to the prosecutor’s office, one of the suspects had chosen not to provide any testimonies but has now submitted various materials related to the case. Prosecutor Jirgena indicated that since the case has been forwarded to the prosecutor’s office new evidence has been obtained confirming the fact of bribery.

The prosecutor said that investigators used materials obtained in 2013 when KNAB wiretapped several conversations. The probe during which these materials were obtained is classified, Jirgena said, explaining that she therefore did not know why other investigative activities did not follow already at that time.