Rigas Satiksme can save significant amount of money - Matiss 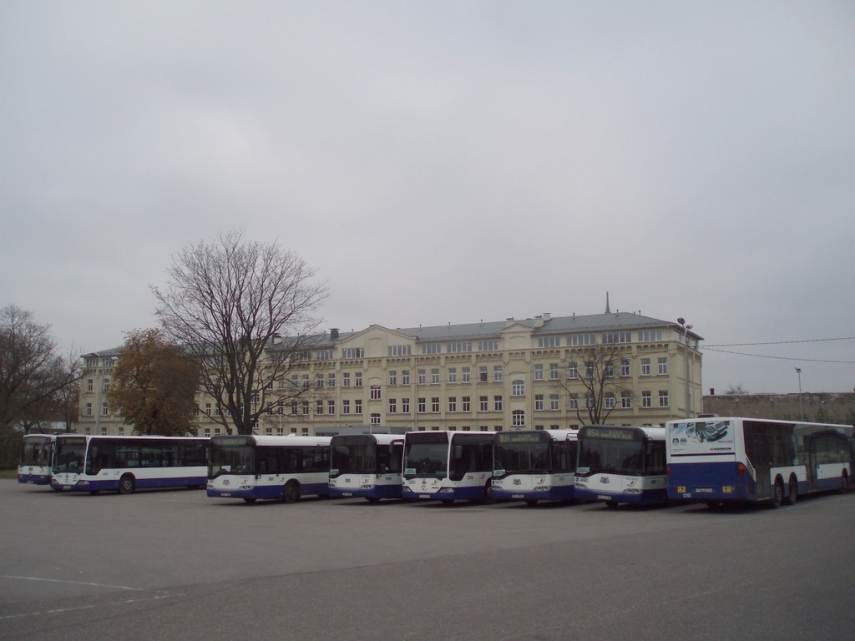 RIGA - Rigas Satiksme municipal transport company can save a significant amount of money by streamlining processes and putting off some projects, the company’s acting CEO Anrijs Matiss said in an interview with LNT TV channel this morning.

Anrijs Matiss said he saw cost saving opportunities in areas like security services, wages, repairs and capital investment. This Tuesday, January 15, the Rigas Satiksme management board will meet to decide on the company’s 2019 budget. The board meeting is expected to provide more clarity about the opportunities for potential cost saving.

The acting CEO noted that Rigas Satiksme generates about EUR 39 a year from ticket sales, which is a relatively small sum, but the company can do very little about it, because under the discount system established by the city council, about two thirds of passengers can use public transport free of charge in Riga.

Although this year Rigas Satiksme will have to raise the cost prices of its services that does not necessarily mean a hike of public transport fares, Anrijs Matiss said.

He also reiterated that Rigas Satiksme might claim over EUR 5 million from the companies involved in the transport company’s corruption scandal.

As reported, Rigas Satiksme together with Ernst & Young Baltic auditors is currently examining the procurement deals featuring in the company’s corruption scandal. It has been established that Rigas Satisme might be able to claim at least EUR 5 million in contractual fines. Rigas Satiksme has only received 54 of the 100 trolleybuses and seven of the 20 trams the Czech company was supposed to deliver.

“Both tenders have been concluded but the transport vehicles have not been delivered, and the contracts include penalties for a failure to meet the contract terms. It is already clear at this point that we will be able to claim more than EUR 5 million” Matiss said in an earlier interview with LETA.

Meanwhile, a procurement deal in which Rigas Satiksme is buying 175 passenger buses from Poland’s Solaris Urbino is still being analyzed. To date, Rigas Satiksme has received 140 of these vehicles. The terms of this deal allowed for increasing the number of buses by 30 percent, which the previous Rigas Satiksme management did, extending the delivery deadline to 2020. “However, here too several deadlines have been missed, so there will be contractual penalties,” Anrijs Matiss said.

He said it was “very strange” that the former Rigas Satisme management did not demand the contractual penalties as the delays had been obvious.

It has also been established during the audit that Rigas Satiksme had paid around EUR 5 million in advance for the still undelivered transport vehicles. This money can still be recovered, Matiss said.

As reported, the criminal probe started by the Corruption Prevention Bureau (KNAB) against Rigas Satiksme is related to three tenders organized by the municipal transport company.