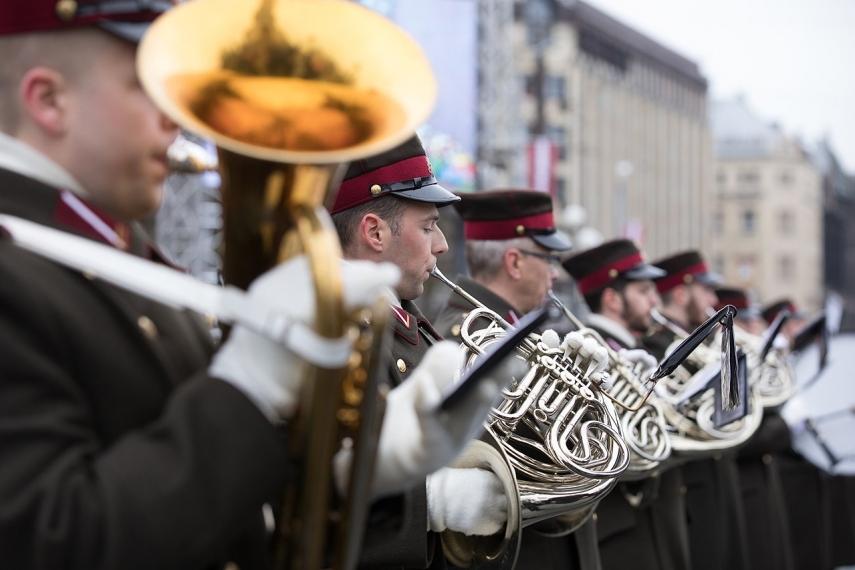 RIGA - Latvia's 101st anniversary will be marked in Riga today with a flower-laying ceremony, a military parade, various concerts and a fireworks display, Indra Vilde, a representative of the city council's education, culture and sports department, told LETA.

The program of festive events will begin in the morning of November 18 with an ecumenical service in Riga Cathedral, followed by a flower-laying ceremony by the Freedom Monument.

In the evening, President Egils Levits will deliver an address to the nation at a festive event by the Freedom Monument.

Traditional mass singing of the Latvian national anthem and a fireworks display will take place on the November 11 Embankment at 9 p.m.