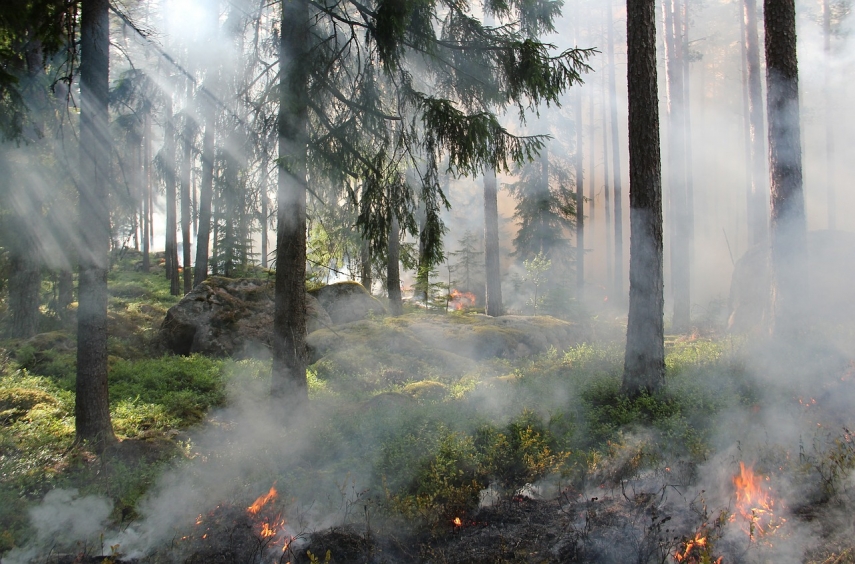 RIGA - Local residents of the small village of Stikli in the western Latvian county of Puze were evacuated today due to a major forest fire that has broken out in the nearby county of Valdgale in Talsi region, Inta Palkavniece, a spokeswoman for the State Fire and Rescue Service, told LETA.

While checking the situation in Stikli, representatives of the State Fire and Rescue Service, the Talsi Municipal Police, Home Guard, the State Forest Service and the State Police, as well as the chairman of the Talsi regional council, found that the wind was blowing smoke from the fire into the village. It was decided that first it was necessary to evacuate a local special boarding school.

The evacuation of local residents is now under way, said Palkavniece.

The fire has spread over an area of more than 100 hectares.

Firefighters are assisted by a National Armed Forces helicopter, a local business, and the State Forest Service.