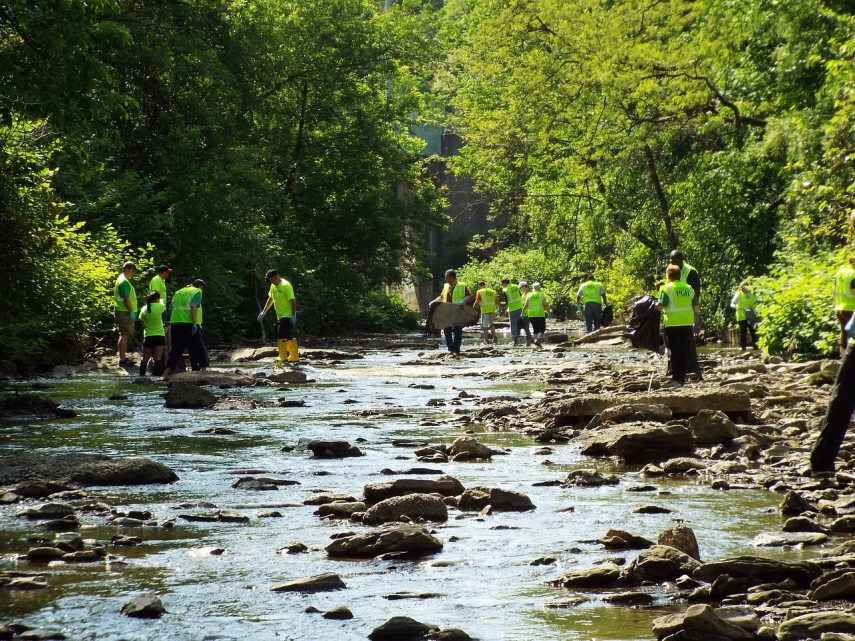 TALLINN - A World Cleanup Day conference is to take place in Tallinn on Friday and Saturday, the purpose of which is to share the experiences from the previous cleanup event on Sept. 15, take the next steps to implement the follow-up Keep It Clean Plan and determine the organizer of the next World Cleanup Day.

The manager of the World Cleanup Day, Eva Truuverk, said that the network consisting of 158 countries aims to continue drawing attention to waste problems and taking practical steps to reduce them all across the world.

"All the people arriving in Tallinn on Friday from a total of 70 countries seek to propel change in their homeland; they are prepared to lead it and involve partners on the local government as well as state level and from the private and third sectors, too. Our task as the Let's do it! Foundation is to propose various models based on the Keep it Clean Plan, which members can customize based on their country's needs, and to gather best practices from all over the world as to how specific problems have already been solved," Truuverk said.

"For instance, when it comes to Estonia, we can share our experiences with the highly effective packaging deposit system. There are examples from other countries, too -- in Milan, for example, over 80 percent of biodegradable waste is collected and composted. Major food industries, too, are deliberating how to decrease single-use plastic or the amount of plastic used in their packaging. Coca-Cola, for example, has already cut down on the amount of plastic they use in the production of bottles, they also aim to collect and recycle the equivalent of every bottle or can the company sells globally by 2030," Truuverk said.

The main topic of the first day of the conference is the Keep it Clean Plan and the implementation thereof in various sectors -- on the state, local government, and community levels as well as in the private sector.

The second day of the conference will focus on summaries of the previous World Cleanup Day. Team leaders from five countries will share their experiences -- Agustina Iskandar, who led the 7.68 million people participating in the initiative in Indonesia, Aijan Chynybaeva, who managed to involve 7 percent of the population in the initiative, which is the highest share of participation in cross-country comparison. Luan Hasanaj will represent Kosovo, where the Let's do it! initiative has been conducted several times, with a total of 600,000 people having taken part in the event. Nima Zare from Iran will speak about how to organize cleanups despite political unrest and bring out 144,000 people to participate in a joint effort. Carlos Serra will share his experience in engaging and educating young people in environmental issues.

The date of the next World Cleanup Day and the main organizer of the event will also be determined on Saturday.