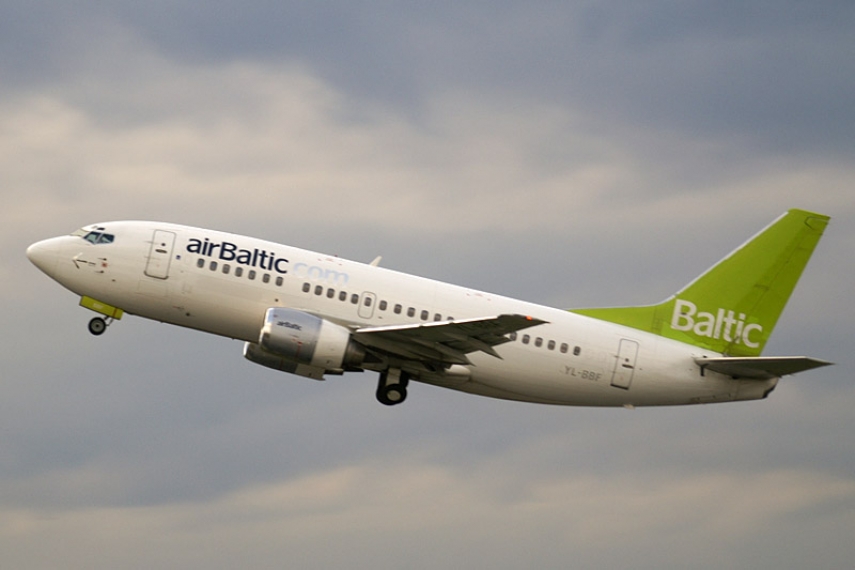 As Riga International Airport reports - it is the leading airport in the Baltic countries and now has reached a new passenger traffic record in 2016, servicing nearly half of the total number of passengers of the Baltic airports. Also this year, the Airport expects to ensure passenger growth progression.

“Growth figures show that the targeted business strategy of Riga Airport has brought good results. Airport's last year's extensive investment in the modernisation of the aerodrome infrastructure, expanding the passenger terminal and offering new services and facilities for passengers, has raised the Airport's competitiveness and created a favorable business environment for airlines, also for the development of the strategically important long-distance flights. The task for the coming years is to develop the infrastructure for promoting a growth of passenger and cargo traffic, to make Riga Airport the leader not only in the Baltic countries but in the entire Baltic Sea Region," says Ilona Līce, Chairman of the Board of Riga International Airport.

In 2016, the number of transfer/transit passengers rose by 15.3% and accounted for 27.3% of the total number of passengers handled last year, thus demonstrating the important role of Riga Airport as a regional transit hub in the Baltics. Tallinn, Vilnius, Moscow, Helsinki and St. Petersburg were the most popular transit destinations traveling via Riga Airport.

With the volume of cargo handled increasing by 4.8%, the Airport also managed to expand its air cargo service market in 2016.

Airport's Ground Handling Department (RIX GH), which provides ground handling services to the majority of passenger airlines, air cargo carriers and part of business aviation aircraft operating at Riga Airport, reached a new punctuality record of 99.92%, which is among the highest rates in Europe.

In 2016, the Airport experienced a historic moment for the entire aviation industry, becoming the first home to the new airBaltic Bombardier CS300 aircraft.

The number of destinations from Riga Airport will keep increasing also in 2017, offering new flights to nine destinations: Tampere, Aberdeen, Stavanger, Geneva, Catania, Gothenburg, Odessa, Madrid, and Copenhagen. This will allow the Airport to attract new passengers, strengthening its leading position in the region, improving the connections of the three Baltic States to Western European and Eastern markets, facilitating economic growth and creating new jobs.

The new North Pier was the most significant infrastructure project in 2016. It is a continuation of the ambitious Airport infrastructure development projects aimed at raising passenger comfort and the quality of services offered to both travelers and business partners. The new pier is placed on two floors offering 19 new boarding sectors, three airbridges, new stores and cafés, playgrounds for children, as well as a spacious and comfortable waiting area. The total area of the North Pier is 9 828.39 m2, but together with the premises for arriving passengers and the gallery connecting the terminals built in the 1st stage - 17 340 m2. Thanks to the facilities of the new pier, Riga International Airport is ready to offer improved quality services for long-haul flights, both technically and in terms of passenger comfort. Also, passengers have highly valued the services provided at Riga Airport, in 2016 rating them with 3.98 out of 5 points. In terms of service quality, this ranks Riga Airport the 4th in the group of European airports handling 5 - 15 million passengers (Airport Service Quality Survey of the Airports Council International).

In 2017 and in the coming years, Riga Airport will continue work on the development of the terminal building, expanding the check-in hall, the baggage claim and sorting areas, security control area, as well as constructing a multi-storey car park and a connection to the "Rail Baltica" Riga Airport station. As reported before, the memorandum signed by "Rail Baltica" project promoter Eiropas Dzelzceļa Līnijas Ltd and Riga International Airport this summer provides that construction of "Rail Baltica" RIX station and its full integration within the Airport territory should be completed by 2022.

In 2016, Riga Airport also made a significant contribution to uniting the aviation industry. The Airport initiated the establishment of the Latvian aviation sector cooperation platform – the Aviation Association of Latvia. Owing to this initiative, industry representatives can now meet on a regular basis to discuss and address different challenges thus promoting a more efficient development of the sector.