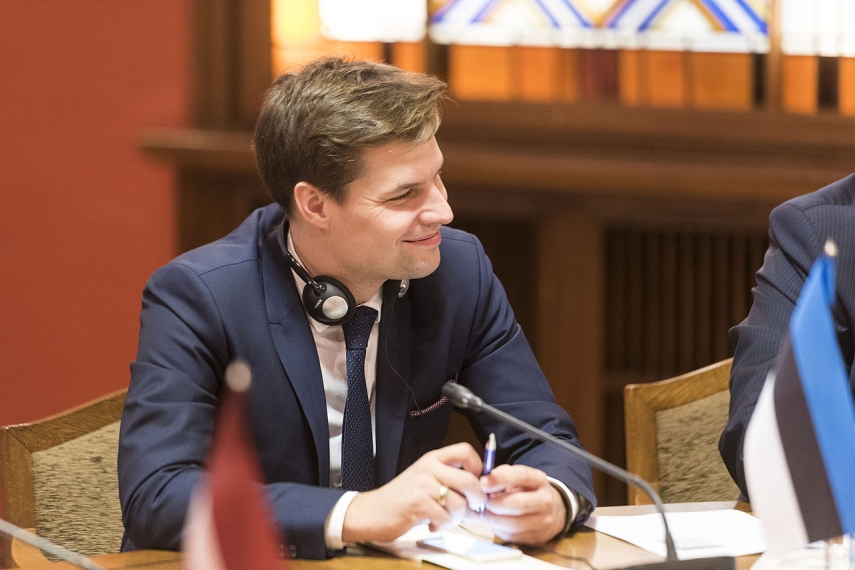 TALLINN - Member of the Reform Party Kalle Palling is to leave politics and also give up his MP seat, the news portal of Estonian public broadcaster ERR reports.

"Above all, I wanted to be honest with myself, and when you feel the need to move on and that your eyes shine more there, then life is too short to hold on to the things you are used to holding on to. And my career as a politician was not that long either -- this is my fourth Riigikogu composition," Palling told ERR.

He admitted that while people's burnouts are noticed in the private sector, this is not the case in parties. Palling said he is not accusing party leader Kaja Kallas of that.

"It has been very difficult for Kaja to assemble a good team in this seemingly endless being in the opposition and internal competition on the other hand. I highly appreciate Kaja and she has a great future ahead of her. But with so much change in society, the private sector is looking at whether people are making the most of their potential or are getting tired and burning out. Then they are helped onto a new path. But there is little of that in political parties -- everyone is out for themselves, hence burnouts and the search for new challenges," Palling said.

He added that he wants to build a new career in the private sector and, more specifically, in the startup world.

"As things are very concrete in the startup world and one must commit to one thing, the table must be cleared of various things. I had to make a choice between being a member of the Riigikogu until the end of my fourth term or moving onto the private sector. I am still 34 years old and have time to build up a third and a fourth career in my life," Palling said.

He added that although he is leaving the Riigikogu, he will initially continue as chairman of the rural municipality council of Harku.

Palling's alternate member is current Rae rural municipality mayor Mart Vorklaev, who said that he has not yet made a decision whether he will head to the parliament or not.

"This is a very big decision as both seats are very important and one cannot sit on two chairs at the same time. I must admit that there are a lot of unfinished things in the Rae rural municipality, similarly, a member of the Riigikogu has a significant responsibility," Vorklaev told BNS on Thursday.

He added he wishes to take some time to think about taking up a seat in the Riigikogu.