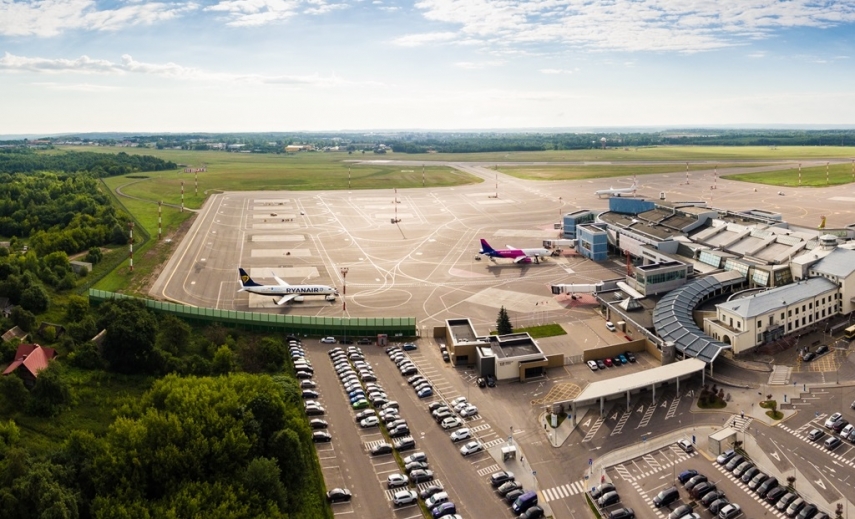 Vilnius Airport prepares for an important stage of reconstruction - reconstruction of a part of the apron located in the Northern part of the airport has been planned. The upgrading of the apron will help ensure safety of flights, more convenient movement and more effective parking of aircrafts at the airport; also, more advanced aircraft service infrastructure will be installed, as well as greater attention will be paid to environmental protection.

Design proposals for the apron have been prepared by Sweco Lietuva Company; construction works, after selecting the contractor in a tendering procedure, are planned to be commenced in the first half of the following year.

A tendering procedure for contract works is intended to be announced at Vilnius Airport in the autumn; the work is expected to commence in the second half of 2020 and finish at the end of 2021. The total investments will amount to about EUR 17.3 million. In terms of its volume, the project is equivalent to the reconstruction of the Vilnius Airport runway, the value of which totalled EUR 19 million.

Investments into the reconstruction of the Northern apron are expected to pay off in the next 10 years.

“The advanced apron compliant with all the requirements set by all international aviation organisations will favourably change the situation of aircraft traffic control at the capital’s airport. With an increasing number of passengers and large aircrafts at the same time, it has become of critical importance to effectively use all possibilities of the infrastructure, and this has become very difficult considering the current condition of the apron. Larger aircrafts which have been arriving to our airport increasingly more often raise serious challenges in integrating them into the existing infrastructure, therefore changes are necessary”, stated Mr. Dainius Čiuplys, Head of Vilnius Airport.

Reconstruction of the Northern apron will include installation of new asphalt paving, effective and energy saving lighting, marking of parking spaces, arrangement of new lights, surveillance system, more effective surface wastewater collection solutions. Also, it has been planned that modern ground power units will be used in this apron in the future, which will allow serving aircrafts more conveniently.

“Reconstruction of the Northern part will substantially distance parking of aircraft from the adjacent residential areas. After the reconstruction, 5 additional parking spaces will be created and adjusted for the large aircrafts, which currently equal to 56 at Vilnius Airport”, claimed Project Manager Arnas Dūmanas of the Lithuanian Airport Development Department.

It is assumed that the reconstruction of the apron will contribute to improvement of safe aircraft traffic conditions, reduce the length of the taxiway, which, in turn, will reduce the noise level, as well as CO2 emissions, and that directly relates to the strategic goal of the Lithuanian Airports to invest in environmental protection measures.

Mr. Čiuplys underlines that cyclicality is characteristic for the airport infrastructure, because when operating it at full capacity, the service time ranges from 12 to 15 years. It is claimed that the runway renewed at Vilnius Airport in 2017 constitutes less than one third of the total area of the aerodrome paving; therefore, currently it is necessary to invest in upgrading of other airdrome surfaces.

Seeking to retain airlines in Vilnius and ensure competitiveness with respect to neighbouring airports, reconstruction of the Northern apron will be implemented at the operating airport. The work is planned in such a way as to avoid any major impediments to the regular operations at the airport.

The reconstruction programme at Vilnius Airport covers installation of the Northern apron, runways, new VIP terminal with a conference centre, construction of the departure terminal, change of the traffic scheme in front of the airport, and setting up of new commercial spaces. All the aforementioned reconstruction projects will be implemented at the operating airport, and works will be carried out in such a way as to cause the least inconvenience to passengers.

About Lithuanian Airports
The Lithuanian network of airports consists of three airports situated in Vilnius, Kaunas and Palanga. During 2018, they serviced 6.3 million passengers and 61 thousand flights. During the summer season, 14 airline companies conduct flights in 86 regular directions to 67 cities in 27 countries.